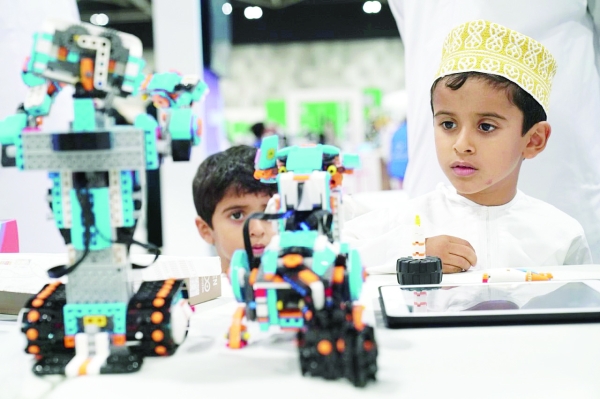 MUSCAT: The activities of the Oman Science Festival in its third edition, under the slogan “Together we live the passion for Science”, will begin on Monday at the Oman Convention and Exhibition Centre.

The six-day festival aims to communicate science to students and members of the society in an easy and interactive way which stimulates creative thinking, and to bring a positive trend towards science, innovation and scientific research, and to keep pace with global trends based on the dissemination of science and technology and the expected future changes and developments. It will encourage students to realise the importance of science in life, and urges them to innovate, enhance their skills to integrate into the knowledge-based economy, and encourage them to continue learning in scientific disciplines.

The festival will be attended by 110 government, private, military and civil institutions and bodies, and associations, and more than 1,000 participants, and will include approximately 452 activities, interactive scientific seminars, scientific exhibitions of innovations, experiments and scientific competitions, lectures and discussion sessions, and scientific theatre.

The festival will be launched under the auspices of Eng Said bin Hamoud al Maawali, Minister of Transport, Communications and Information Technology, in the presence of Dr Madeeha bint Ahmed al Shaibaniyah, Minister of Education.

The festival will also witness the participation of military authorities in the Sultanate of Oman and is a meeting point for scientists.

“It is a mirror which reflects the ambitions of the Oman Vision 2040, and the national strategy for innovation so that Oman emerges as a model destination among the 20 countries in the innovation index by 2040,” said Dr Abdullah bin Khamis Ambusaidi, Under-Secretary of the Ministry of Education for Education and Chairman of the Main Committee of the festival at a recent press conference.

The festival will include the screening of 25 various scientific films, in addition to a Stemazone corner, the challenges, and the various scientific competitions corner such as hackathons, programming, robots, drones, and the scientific theatre, for which two theatres are allocated – Ahmed bin Majid Theatre and Ibn Al-Haytham Theatre.

Dr Mai bint Said al Azriyah, Head of the Scientific Committee of the festival, mentioned that the festival would be distinct this year in terms of space, number of events, participating institutions, and national and international delegations.