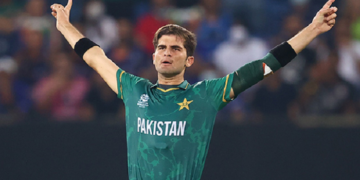 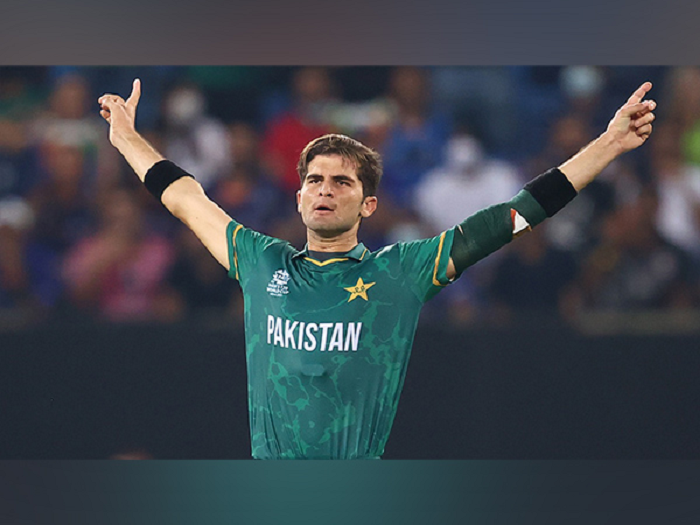 Melbourne : Australian legend Ricky Ponting has declared pacer Shaheen Afridi as the player that must fire if Pakistan is to clinch a second ICC Men’s T20 World Cup crown in Australia.

Afridi produced his best performance in the tournament so far with the ball when he finished with a figure of 4-22 against Bangladesh on Sunday and that spell helped Pakistan earn the final spot in the semi-finals of the tournament. Pakistan will meet in-form New Zealand awaiting them at the Sydney Cricket Ground (SCG) on Wednesday and the Australia great Ponting said Afridi is the key player in that event.

“He might say that he’s not back to 100 percent just yet, but from what I’ve seen it looks like he’s going along beautifully and he now holds the key for Pakistan progressing in the tournament,” ICC quoted Ponting as saying.

Afridi’s wicketless performance in Pakistan’s first two T20 World Cup matches against India and Zimbabwe may have cast some doubt on his ability to quickly recover, but Ponting always had faith in the left-handed pacer’s abilities.

“(I never had any doubt) as you just know what he’s capable of when he’s out there on the field. And as I said, even if he’s not at 100 per cent, if he’s operating at 90 per cent, he’s still going to have more of an impact on games than most because of how good he is. So look, he might have had a few worries in the back of his own mind and the Pakistan hierarchy and coaching group might have had a few worries in their mind, but not anymore. He’s got through really well so far and hopefully for them two more games to go,” Ponting said.

Ponting said Afridi’s resurgence was similar to how Indian superstar Virat Kohli had suddenly found his form in Australia and said that sometimes you simply have to have faith in the best players to deliver on the biggest stages.

“It’s almost a bit like the India scenario with Virat (Kohli) coming into this tournament. Sometimes you just have to stick with them and pick them and let them go because champion players will find a way to get the job done. And as the tournament’s gone on he (Afridi) has got better and better and hopefully the best is still to come,” Pointing further added.