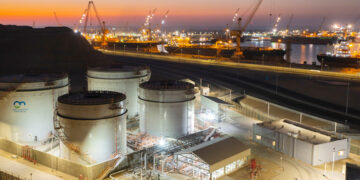 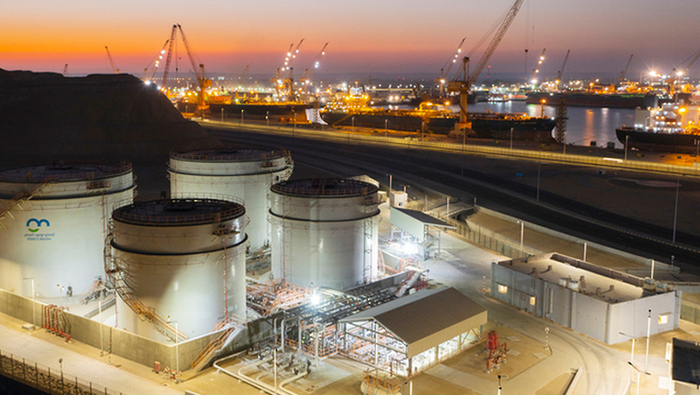 Muscat: The OOMCO Marine bunker fuel terminal worth OMR11 million at the Port of Duqm was officially inaugurated on Sunday.

OOMCO Marine is the bunker arm of Oman Oil Marketing Company (OOMCO). Located in the Special Economic Zone at Duqm (Sezad), the OOMCO Marine bunker fuel terminal will supply a full range of bunker fuel to ships at the port and port anchorage.
The project will contribute to further positioning Oman as a world-class logistics and shipping hub.

The inauguration ceremony was held under the patronage of Eng. Ahmed Hassan Al Dheeb, Deputy Chairman of the Public Authority for Special Economic Zones and Free Zones (Opaz).

Hilal Al Kharusi, Chairman of the OOMCO Board of Directors said, “Inaugurating the OOMCO Marine bunker fuel terminal at the Port of Duqm further strengthens the position of Oman as a world-class logistics and shipping hub, which is aligned with the objectives laid out in Oman Vision 2040. Our terminal contributes to economic growth and diversification in Oman while capitalising on its strategic position near established global trade routes.”

On his turn, Tarik Al Junaidi, CEO of Oman Oil Marketing Company said, “The OOMCO Marine fuel terminal and associated bunker business forms a part of our long-term strategy as a company to facilitate the growth of multiple sectors in Oman, including shipping, logistics, energy and their respective infrastructure. For example, efficient shipping means access to raw materials needed for economic development, and enables the manufacturing and export of goods and products, while of course considering that shipping incurs the lowest environmental footprint in the transport segment on a per-ton basis.”

The bunker terminal at the Port of Duqm meets the increasing demands for high-quality and sustainable marine fuels, including the highest specification compliant HSFO, VLSFO and LSMGO marine fuel, and International Organization for Standardization (ISO) 8217, as well as all low sulphur fuel-compliant marine fuels in line with International Maritime Organisation’s (IMO) decarbonisation targets.

Bunkers are delivered by a port-based bunker barge and also directly by road truck, with the bunker barge capable of supplying VLSFO 0.5 per cent sulphur and LSMGO bunker fuels to vessels in the port and at anchorage, at a pumping rate of up to 1,000 m3 / hour.

The safe bunkering services provided by OOMCO’s marine fuel terminal ensure that all bunker deliveries meet the highest international specification standards, while it operates according to the health and safety protocols of the Port of Duqm. Vessels calling at Duqm can also take advantage of a range of other high-quality and diverse services at the port, including pilotage, freshwater supply, waste collection, tug services, crew change, de-slopping services, and ship handling, plus ship spares and dry dock services.