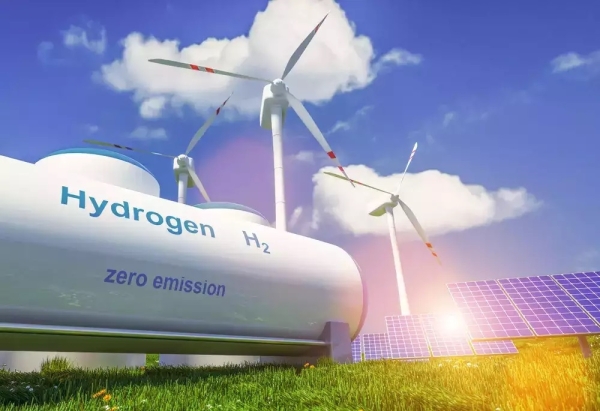 Oman’s green hydrogen sector is the most developed in GCC: Report

Oman’s green hydrogen sector is the most developed in GCC: Report

The Sultanate of Oman has a long pipeline of green hydrogen projects and the clearest strategy in the GCC for the industry’s development, according to a report of Oxford Analytica, an independent geopolitical analysis and advisory firm drawing on a worldwide network of experts.

The Sultanate of Oman aims to achieve 30 gigawatts of electrolyser capacity by 2040, the report said, noting that investors are attracted by the country’s sun, wind and land resources, access to potential markets and supportive government policy.

“The hydrogen sector will become a major contributor to Oman’s GDP and external balances by 2030, which will offset the decline in oil revenues. The Sultanate of Oman will increasingly shift its marketing focus from Asia to Europe, as the latter attempts to reduce its energy dependence on Russia, and regional sovereign wealth funds are likely to be major investors in Oman’s green hydrogen revolution,” Oxford Analytica said.

The Omani government’s decision to embark on the green hydrogen journey is driven by four interrelated factors: (1) The domestic and external financial crises caused by the decline in oil prices in 2020; (2) The high cost of oil production in the Sultanate of Oman and the low levels of reserves. (3) Gas shortage caused by high domestic demand, limited production and the need to meet LNG export contracts. (4) Acknowledgment that the Sultanate of Oman needs to diversify its economy from dependence on hydrocarbons.

Both the government and foreign investors recognised Oman’s potential to develop green hydrogen (based on renewable energy sources). In 2020, the country initiated plans for its first green hydrogen project as more countries and firms look to clean fuels to help solve the challenge of decarbonising economies.

Duqm is an ideal location for green hydrogen export, the report added. The place is located on major global trade routes and just outside the crowded and politically sensitive Strait of Hormuz.

There is also the availability of solar and wind energy throughout the year in Duqm. Other potentials include having a port that facilitate the easy import and export, in addition to the spacious areas of land allocated for renewable energy projects, covering 150 square kilometres.