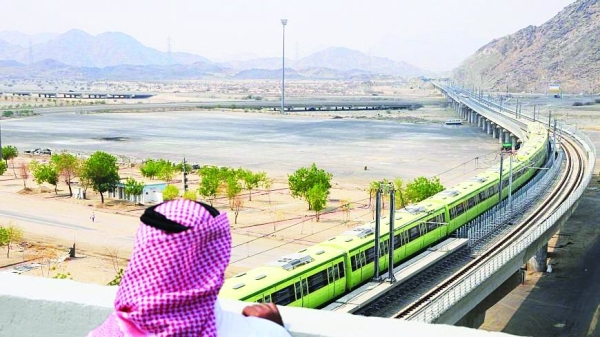 The GCC Railway Network has regained its momentum with Saudi Arabia completing nearly 200 kilometres of the track laying within its territory.

With the work continuing the rest of the project, the General Secretariat of the Gulf Cooperation Council (GCC) said the UAE has completed the implementation of the project on its side up to borders with Saudi Arabia, and other members are completing the necessary requirements to implement the project.

Quoting the General Secretariat, Al Eqtisadiah newspaper of Saudi Arabia said that several steps have been achieved in the project so far, including the completion of several studies, estimates on the number of passengers and goods, and the establishment of the Gulf Railways Authority.

Work is underway to complete the implementation of the project, cost of which was estimated by the economic study at around $15 billion, in member states to train the nationals to operate the project and to cooperate with international organisations with expertise in railways.

The decision to establish a railway project linking the member countries was approved by the leaders of the Gulf Cooperation Council countries to facilitate the movement of goods, citizens, and residents within the region, which will also boost the economies.

The planned railway would begin at Kuwait City, pass through Dammam and Al Batha Port in Saudi Arabia, Abu Dhabi and Al Ain in the UAE, and then enter Oman through Suhar before terminating at Muscat. From Dammam, branches will link to Bahrain through the proposed King Hamad Causeway, and to Qatar via Salwa port. The proposed Qatar–Bahrain Causeway between Bahrain and Qatar will provide additional connectivity.

After entering Bahrain from Dammam, the first station on the line will be at Khalifa bin Salman Port, followed by stations at the Bahrain International Airport and Amwaj Islands. From Amwaj, the line will head to Qatar.

“The total length of the track is estimated at 2,117 km, according to the website of the GCC and the speed of passenger trains is scheduled to be approximately 220 km per hour, and freight trains between 80 to 120 km per hour, using diesel to generate electric power,” the Al Eqtisadiah said.

Last week, the Sultanate of Oman and the United Arab Emirates signed an agreement in the field of cooperation between Oman Railways and Etihad Rail. With investments amounting to about RO1.160 billion ($3 billion), Oman Rail and Etihad Rail will establish a joint company to implement and operate a 303km railway network linking Sohar Port with the UAE national railway network.

The passenger train speeds up to 200 kilometres per hour and travels the distance between Suhar and Abu Dhabi in 100 minutes and 47 minutes between Suhar and Al Ain, while the speed of freight trains will have a maximum speed of 120 kilometres per hour. The trains will have a capacity to ferry 12,000 passengers per day and 250,000 containers at the start of the line’s operation.