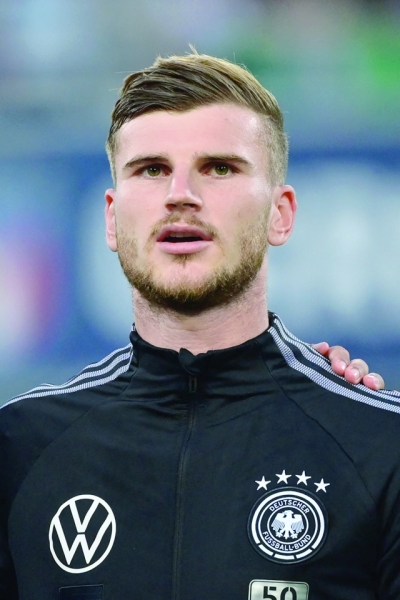 BERLIN: Germany forward Timo Werner has been ruled out of the World Cup in Qatar due to an ankle injury, his club RB Leipzig said on Thursday, a week before the national squad was due to be announced.

The 26-year-old, who has 24 goals in 55 appearances for the national team, was taken off in the first half of Leipzig’s 4-0 Champions League group-stage win against Shakhtar Donetsk on Wednesday after a knock on the foot in the 13th minute.

“This piece of news is extremely bitter,” said Germany coach Hansi Flick. “I feel very bad for Timo personally because he will miss the World Cup which he desperately wanted to play in.”

Werner moved back to Leipzig this season from Chelsea in an effort to get more playing time to secure his spot on the World Cup squad.

He has netted four times in the league so far and scored nine goals in all competitions.

“But especially for the team it is a big loss. We have to make do without an outstanding striker with a high scoring ratio also for the national team and a real team player,” Flick said in a statement.

Werner, who was part of the Germany squad at the 2018 World Cup and Euro 2020, was expected to be a member of the squad that coach Flick is due to announce on November 10.

“Scans today in Leipzig showed that he has unfortunately torn the syndesmosis ligament in his left ankle and will therefore be out for the rest of 2022,” RB Leipzig said in a statement. “A decision on his treatment will be made in the coming days.”

His injury is a major blow to the Germans, who have struggled to be clinical in the box for some time.

With Werner now ruled out, Flick is almost certain to call up the Bundesliga’s leading scorer Niclas Fuellkrug, who operates as a natural number nine, a powerful in-the-box striker. — Reuters