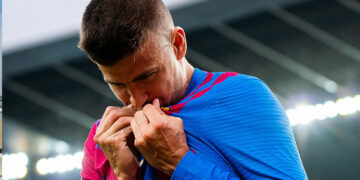 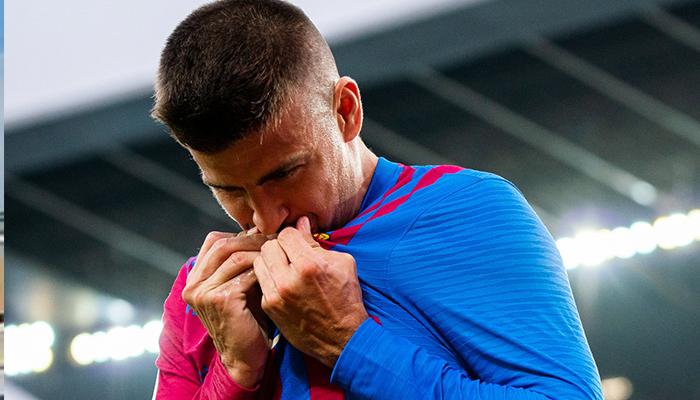 Barcelona : Barcelona’s star defender Gerard Pique announced his retirement from football on Thursday in a video shared by the Spanish footballer on his Twitter handle.

The Barcelona star will play his last game for the club at Camp Nou against Almeria in La Liga on Saturday before calling it a day on his splendid career which saw him winning eight LaLiga titles, and three Champions Leagues, among many other trophies for Barcelona.

He won the 2010 International Federation of Association Football (FIFA) World Cup and the 2012 European Championship during his glorious nine-year career with Spain before retiring from international football after the 2018 World Cup in Russia.

“The last few weeks, months, people have been talking about me,” Pique said in a video posted across social media. “Until now, I have not said anything, but now I want to be the one who is talking about me. Like many of you, I have always been a Barcelona fan. I was born into a football-loving family. From a very young age, I did not want to become a footballer, I wanted to play for Barca,” said Pique in a video he shared on Twitter.

“I have always said that after Barcelona there will be no other team, and that is how it will be. This Saturday’s game will be my last at Camp Nou. I will become a regular fan, I will support the team and transmit my love for the club to my kids like my family did with me. And you know me, sooner or later I will be back. See you at Camp Nou. Visca Barca, always and forever,” signed off the Spanish footballer.
Pique joined the club’s academy in 1997 before moving for Man United in 2004. Pique’s grandpa served on the board of directors of Barcelona.

After four years in Manchester, 23 first-team appearances for the English team, and a season-long loan with Real Zaragoza back in Spain, he went back to Barcelona in 2008.
In his first 14 seasons with the first team, Pique was a mainstay, but this year, since the addition of defenders Andreas Christensen and Jules Kounde, he has slipped down the pecking order.
Pique has made nine appearances across all competitions so far this season despite being the fifth choice in his position, Ronald Araujo and Eric Garcia being also ahead of him.

But after the 3-3 draw with Inter Milan last month, when Pique was singled out for criticism, left-back Marcos Alonso has been utilized in front of him in defense, leading him to ponder quitting midway despite having a contract until 2024.
Pique was informed by Barcelona in the summer that playing time would be scarce this year as the club looked to either let some of the veterans, such as Sergio Busquets and Jordi Alba, go or lower their contracts as quoted by ESPN.

To assist the team in navigating a challenging financial situation, Pique, Busquets, and Alba have all revised their salaries and agreed to pay reductions and deferrals at various points in recent years.

In contrast to the number of minutes they have played under Xavi this season, yet, their salaries consume a sizable portion of Barca’s budget due to deferred payments that are now due.

Pique, who will turn 36 in January, already has a variety of extracurricular passions. He owns the second-division team Andorra and has redesigned the Davis Cup tennis competition through his company, Kosmos.

He had previously declared his intention to compete for the post of Barca president after retiring, but in recent years, he has indicated that, while it is still a possibility, he is not certain if he will do so.