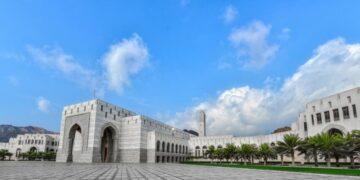 The first session of the Council, which will be held under the chairmanship of Khalid bin Hilal al-Maawali, Chairman of the Council, and the presence of Sheikh Ahmed bin Muhammad Al-Nadabi, Secretary-General of the Shura Council, and members of the Council, will discuss the work plans of the permanent committees for the fourth annual session of the ninth period, namely, the legislative, legal, Economic and Financial. Health, Environmental, Education and Scientific Research, Services and Social Development, Youth and Human Resources, Food and Water Security, and the Information and Culture committees.

The agenda of the first session includes discussing the report of the Economic and Financial Committee on the expressed desire regarding the reality of the mining sector, in addition to discussing the procedures for proving ownership for residential and agricultural purposes and expanding the powers of the branches of the Ministry of Housing and Urban Planning in the governorates in light of the opinion of the Services and Social Development Committee.

The session’s proceedings will witness the approval of a number of requests for discussion in accordance with Article (68) of Oman Council Law No. (7/2021): among the most prominent of these requests is a request for discussion on commodity and geographical concentration of the trade balance of the Sultanate of Oman.

The draft of the state’s general budget for the fiscal year 2023, which was transferred from the government, will also be briefed, and the Council’s Economic and Financial Committee is currently studying it according to a specific program and time.