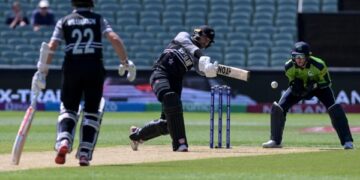 Pakistan look for 'something special' against solid NZ

Pakistan look for 'something special' against solid NZ 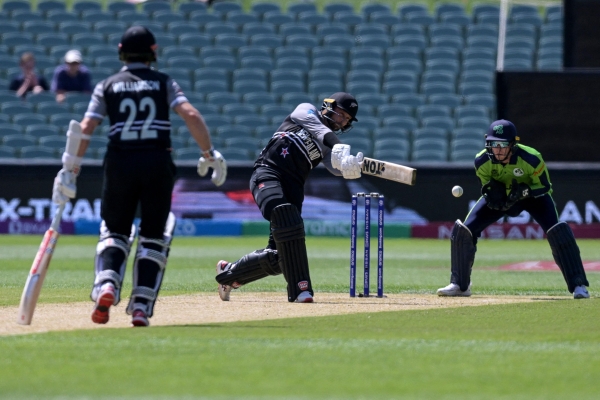 SYDNEY: Pakistan’s best is yet to come and struggling skipper Babar Azam is due “something very special” in their Twenty20 World Cup semifinal against New Zealand on Wednesday, team mentor Matthew Hayden warned.

The 2009 champions only scraped into the knockouts when the Netherlands unexpectedly defeated South Africa and Pakistan then beat Bangladesh to secure their second successive last-four berth.

Former Australia opener Hayden, who was batting coach for Pakistan at the last World Cup and appointed team mentor for this edition, said they planned to make the most of their second chance.

“Lots of prayers as Pakistan woke up to see that result, 232 million people can’t be wrong, and as a result of that I feel there has been very much an uplift in tempo in our group.

“It has been a roller-coaster… but I really believe we have yet to play our best game, which is a huge threat to oppositions.”

While Pakistan’s bowling, led by Shaheen Shah Afridi, has been improving, their batting has been fragile, a concern against a top-class New Zealand attack led by Tim Southee, Trent Boult and Lockie Ferguson.

Azam’s form in particular remains a worry with the opener managing just 39 runs in five matches.

Hayden, himself a destructive opener who played 103 Tests and 161 ODIs, said the skipper was due some “fireworks” — and predicted they could come on Wednesday.

“There’s no question Babar has been under some adversity but that will only make him an even greater player,” he said.

“We know with the weather that when there’s a lull, there’s often a storm that follows, so look out rest of the world because I think we’re about to see something very special from Babar.”

New Zealand have long been a force in white-ball cricket, but have failed to turn that into world titles, including falling at the final hurdle to Australia in 2021.

They started their campaign this year with a massive 89-run win against the defending champions, also in Sydney, and Hayden said Pakistan were wary of the Black Caps.

“They got 200 on this particular wicket against Australia… New Zealand have some really destructive players and they can put you under pressure with the bat,” he said.

“Like New Zealand sport in general, they really punch above their weight, they believe they can win this tournament and they have the potential to do that.

“So lots of threats to our camp, no question.”

New Zealand skipper Kane Williamson played down any significance in his team making 200-3 on the Sydney wicket, noting that they only managed 167-7 against Sri Lanka when they returned to the ground later in the tournament.

“The first game we played here the wicket was a very good one and then the second time it had changed,” he said.

“We’ll just be looking to focus on our cricket really and the plans that we are looking to execute and make sure we adjust to the conditions and try and play smart.”

New Zealand followed up that first Sydney win with a six-wicket victory over Sri Lanka, with a washed-out game against Afghanistan in between. They lost by 20 runs to England before hammering Ireland to secure a semi-final place.

Williamson said the results counted for little when it came to the knockouts.

“Finals sport can go any way,” he said. “Both teams match up pretty well, there’s some similar trends, we’ve both been playing some good cricket.

“They’ve got an outstanding pace attack,” he added. “Some really experienced players throughout their side, match winners, so real strength in their team.” — AFP