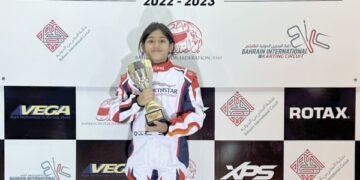 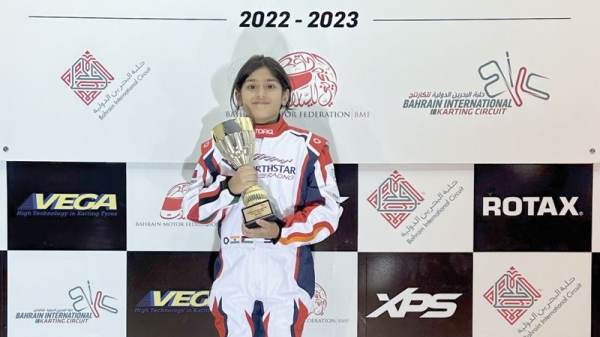 The 11-year-old Indian School Ghubra student came second in the Mini Max category in the first round on the weekend.

Amid plenty of closely fought racing at Bahrain’s premier national karting championship, Shonal’s performance stood out as he missed the podium by a narrow margin.

Shonal was second in qualifying and was involved in a close contest with Nasser, with the lead being exchanged in the 12-lap sprint. Nasser, however, edged past Shonal a couple of corners before the chequered flag and went on to win the race on 1.414 km circuit in a time of 8 minutes 55.963 seconds. Shonal had to settle for second, finishing 0.153 seconds behind, while Shaikh Ahmed completed the podium in third 0.230s back.

The second-place finish in Bahrain will serve Shonal well and give a boost to his preparations ahead of his participation in the Middle East North Africa (Mena) Nations Cup, which will be held at the Muscat Speedway from December 13-17.

A total of 20 nations are expected to take part in the Mena Nations Cup. Shonal has fond memories of the last edition, also held in Oman, as he had bagged a podium at the event in Micro Max category.

After his latest podium finish, Shonal said, “It was exciting and a good start for the new season in Bahrain with my team manager Khalifa bin Waheed al Yaqoobi, along with my mechanics, Raven Abalos and Charith Nadee Perrera. I look forward to a successful season in Bahrain and will eye for the overall crown.”

At the BRMC, the karters represent some of the top karting teams in the Gulf, including Birel ART Bahrain, Praga Middle East Racing, Forza Bahrain Racing, NorthStar Racing and Accelerate Motorsport.