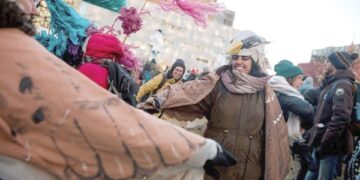 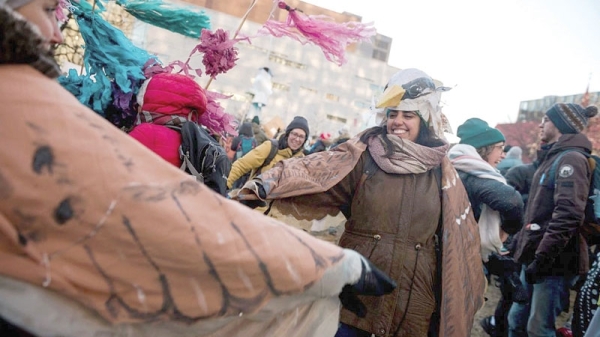 Hundreds of people on Saturday braved sub-zero temperatures to march the streets of Montreal, the host city of this year’s UN biodiversity summit, demanding a strong new deal to protect nature worldwide.

Wearing costumes to look like birds, trees and caribou, activists said the COP15 summit could fail to meet the urgency of the issue, with about 1 million plant, insect and other animal species now threatened with extinction.

“We are inside the negotiations, we see what is happening and it is clearly not sufficient compared to our ambitions and our priorities,” said the Global Youth Biodiversity Network’s Esmeralda Wirtz, who travelled from Belgium to attend the summit. “That’s why it is important to be on the streets today.”

Delegates from 193 countries at the summit are considering 24 targets, including pollution cuts and protecting 30 per cent of the world’s land and sea by 2030.

“Governments have had years to reach the agreement we need to save our planet’s biodiversity from extinction,” said Oscar Soria, campaign director at Avaaz, a global civic movement which helped to organise Saturday’s march.

With the draft agreement still being negotiated, Soria worried there wouldn’t be enough time for an ambitious deal before the summit closes on Dec. 19.

Police on horseback, bicycle and foot patrolled the perimeter of the peaceful march, from where it began in Montreal’s Mont Royal Park to the city’s downtown, where COP15 is being held from Dec. 7-19.

The march through Montreal also saw strong calls to protect human rights, particularly those of Indigenous groups who for years have worked to prevent nature loss on their lands.

Arkilaus Kladit, a member of the Knasaimos-Tehit tribe, travelled to Montreal from West Papua, Indonesia. Dressed in a thick black parka against a midday temperature of -7 degrees Celsius (19 degrees Fahrenheit), Kladit said via translator that illegal logging and development activities were threatening the forests back home.

Countries’ ministers join the negotiations next week in Montreal with the hope of adopting a deal to guide conservation through 2030 and beyond.