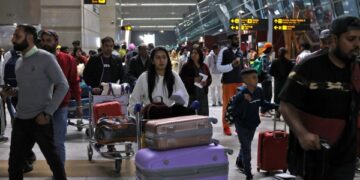 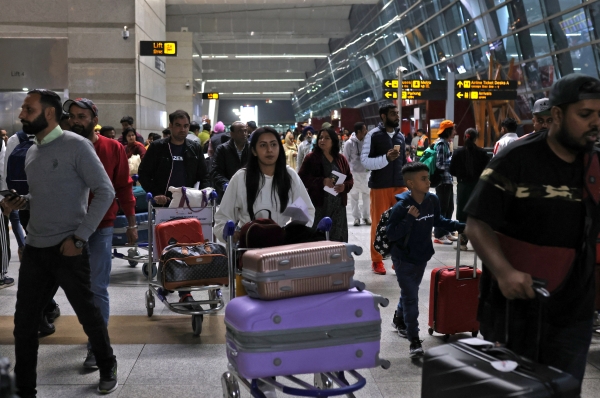 NEW DELHI: A surge in travel that overwhelmed India’s busiest airport this week as the holiday season sets in has eased after authorities added staff and security equipment to cope with the surge in travellers.

Passengers queued for hours to pass through check-in and security at the main domestic and international terminal of Indira Gandhi International Airport in Delhi, leading to some flight delays. Civil Aviation Minister Jyotiraditya Scindia said more x-ray machines and staff were added to Terminal 3. A video on Thursday showed passengers appearing to check-in smoothly.

He said additional measures were also being taken at other airports, including those in the western city of Mumbai and Bengaluru in the south. “In the last 24 to 36 hours, all agencies have swung into action to mitigate congestion at every checkpoint at all major airports. Congestion at entry points and check-in counters at T3 has eased,” Scindia said in a post on LinkedIn.

Indian infrastructure conglomerate GMR Group, which leads a conglomerate that owns and operates the airport, did not respond to a request for comment. Like in other countries, air travel in India has picked up as COVID-19 restrictions have eased. The congestion at Delhi airport prompted India’s biggest airline IndiGo to ask passengers to arrive at Delhi airport for check-in at least 3-1/2 hours before their flight, instead of the usual two hours.

Other airlines had to delay flights, a Reuters journalist who travelled from Terminal 3 said. December is a busy month for the global aviation sector and traffic is expected to be higher this year after two years of restricted travel due to the pandemic.