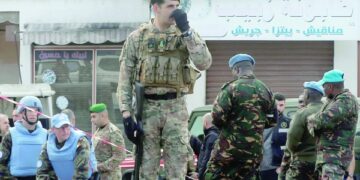 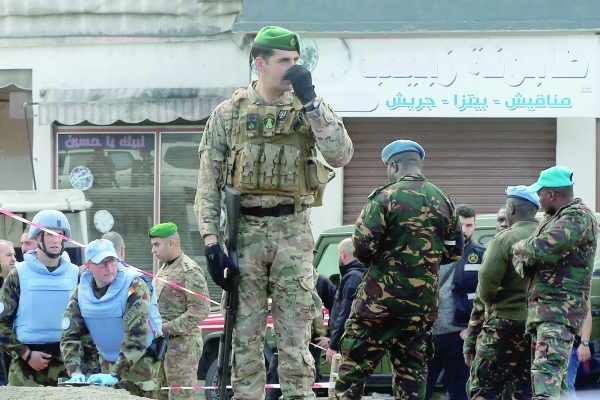 AQBIYA: An Irish soldier of the UN peacekeeping force in south Lebanon near the Israeli border was killed and three wounded after their convoy came under fire, Irish officials said on Thursday.

Irish Prime Minister Micheal Martin said he was “deeply shocked and very saddened” by the loss of life.

The UN peacekeeping force UNIFIL said the “incident” happened near the village of Al Aqbiya, just outside the force’s area of operations in a strip along Lebanon’s border with Israel.

It said four personnel were taken to hospital near Lebanon’s main southern city of Sidon, where one was pronounced dead on arrival. Another underwent surgery and was in a serious condition while the other two were treated for minor injuries.

Witnesses said the vehicle had been blocked by villagers after it took a road along the Mediterranean coast not normally used by the UN force.

They said they had heard gunfire and the driver had appeared to lose control of the vehicle as the convoy attempted to leave the area.

An AFP photographer reported that a UNIFIL vehicle had slammed into a shop on the road towards Sidon.

Irish Foreign Minister Simon Coveney told public broadcaster RTE that the peacekeepers had been on a “standard administrative run” to the Lebanese capital when their armoured vehicles got separated.

“One of them got surrounded by a hostile mob — I think that’s the only way you could describe them — and shots were fired and unfortunately one of our peacekeepers was killed.”

Hezbollah security chief Wafic Safa told Lebanon’s LBCI television that the incident was “unintentional”. He too said the peacekeepers had taken an “unusual route” but called for investigators to be given time to establish the facts.

Lebanon’s caretaker Prime Minister Najib Mikati expressed his “deep regret following this painful incident” and underlined the “need to carry out the necessary enquiries to determine its circumstances and prevent its repetition”.

It is the first time a UNIFIL member has died in a violent incident in Lebanon since January 2015 when a Spanish peacekeeper was killed during retaliatory Israeli fire.

UNIFIL was set up in 1978 to monitor the withdrawal of Israeli forces after they invaded Lebanon in reprisal for a Palestinian attack.

Now boasting nearly 10,000 troops, the UN force acts as a buffer between Israel and Lebanon, which remain technically at war. — AFP