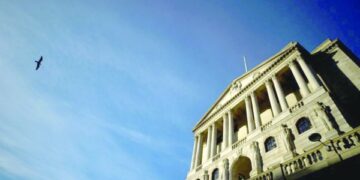 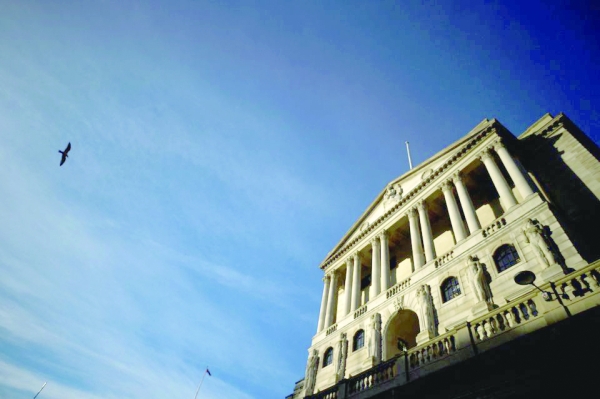 LONDON: The Bank of England has signalled it could continue to increase interest rates over the coming months, as it raised its base rate to a fresh 14-year high.

Central bank decision-makers said on Thursday that they are increasing interest rates from 3 per cent to 3.5 per cent, despite inflation easing last month.

It is a slowdown from the last rise in November when rates were increased by 0.75 percentage points, and in line with what economists had forecast.

Rates have been raised in every meeting since late last year as the Bank tries to get inflation under control.

The Monetary Policy Committee (MPC), which sets interest rates, said a “forceful” policy response was justified as the labour market remained tight across the month.

There are also signs that inflationary pressures could stick around for longer than thought, it said.

Most of the MPC’s nine members agreed that they would continue to vote for rate rises if the economy broadly continues to develop as the committee expected when it last met a month ago.

“The majority of the committee judged that, should the economy evolve broadly in line with the November Monetary Policy Report projections, further increases in Bank rate might be required for a sustainable return of inflation to target,” the Bank said.

On Wednesday, the Office for National Statistics (ONS) revealed that inflation had reached 10.7 per cent – slightly lower than expectations and a reduction from the 41-year high seen in October.

The MPC is tasked with trying to get inflation under control, to 2 per cent if possible.

The Bank also said that the economy is now expected to do better in the final three months of 2022 than it had previously thought. Gross domestic product (GDP) is forecast to fall by 0.1 per cent in the fourth quarter, compared with the previous forecast of a 0.3-per cent drop.

But two members of MPC voted for interest rates to remain unchanged at 3 per cent – going against the majority.

“The real economy remained weak, as a result of falling real incomes and tighter financial controls,” they argued.

“There were increasing signs that the downturn was starting to affect the labour market. But the lags in the effects of monetary policy meant that sizeable impacts from past rate increases were still to come through.”

Therefore, the two – Swati Dhingra and Silvana Tenreyro – said rates as they stand now should be “more than sufficient to bring inflation back to target.”

Another member – Catherine Mann – argued at the meeting for a 0.75-percentage point rise, to 3.75 per cent. She said that, while inflation is easing, she saw evidence that rising prices and wages will keep putting pressure on inflation.

The pound dipped in response to confirmation that the Bank of England’s monetary policy committee voted in favour of another interest rate hike.