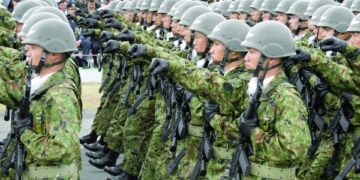 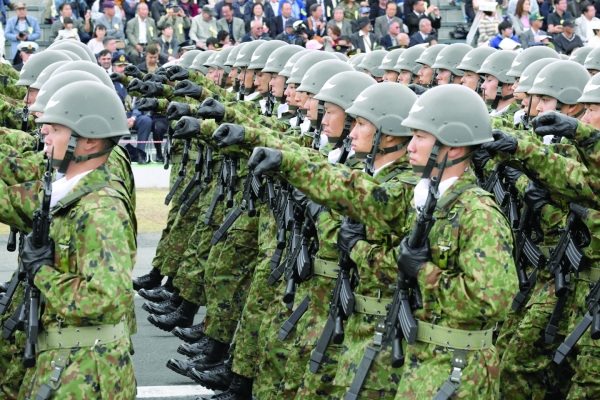 TOKYO: Japan approved a major defence policy overhaul on Friday, including a significant spending hike, as it warned China poses the “greatest strategic challenge ever” to its security.

In its largest defence shake-up in decades, Japan vowed to increase security spending to two per cent of GDP by 2027, reshape its military command, and acquire new missiles that can strike far-flung enemy launch sites.

Prime Minister Fumio Kishida told a news conference he was “determined to remain resolute in our mission to protect and defend the nation and its people, at this turning point in history”.

“In our neighbouring countries and regions, the strengthening of nuclear missile capabilities, rapid military build-up and attempts to unilaterally change the status quo by force have become even more pronounced,” he said, evoking Russia’s invasion of Ukraine as an example of the changing times.

Polls suggest Japan’s public largely backs the shift, but the changes could still be controversial because Japan’s post-war constitution does not officially recognise the military and limits it to nominally self-defensive capabilities.

The moves are outlined in three defence and security documents approved by the cabinet on Friday.

They describe Beijing as “the greatest strategic challenge ever to securing the peace and stability of Japan”, as well as a “serious concern” for Japan and the international community.

In response, the government plans to raise its defence spending to two per cent of GDP by fiscal 2027, bringing Japan in line with Nato member guidelines.

That marks a significant increase from historic spending of around one per cent and has sparked criticism over how it will be financed.

The money will fund projects including the acquisition of what Japan calls “counterstrike capacity” — the ability to hit launch sites that threaten the country.

The documents warn that Japan’s current missile interception systems are no longer sufficient, and Kishida said counterstrike capacity “will be essential in the future”.

While Japanese governments have long suggested that counterstrikes to neutralise enemy attacks would be permissible under the constitution, there has been little appetite to secure the capacity.

That has shifted with the continued growth of Chinese military might and a record volley of North Korean missile launches in recent months, including over Japanese territory.

Still, in a nod to the sensitivity of the issue, the documents rule out preemptive strikes and insist Japan is committed to “an exclusively defence-oriented policy”.

“Japan’s adherence to the three non-nuclear principles, the exclusive defence policy and its progress as a peaceful nation will remain unchanged,” Kishida said on Friday.

The counterstrike capacity will involve both upgrading existing Japanese weaponry but also buying US-made Tomahawk missiles, reportedly up to 500.

Other changes include the establishment of a permanent joint command for Japan’s armed forces as well as enhancement of its coastguard.

Core army troops in the southwestern islands will be doubled, and logistics strengthened “to enable the` rapid deployment of troops from all over Japan” in an emergency, Kishida said.

Among the documents is the National Security Strategy, which is being updated for the first time since its 2013 launch.

Its language on relations with both China and Russia has hardened significantly.

The strategy document previously said Japan was seeking a “mutually beneficial strategic partnership” with Beijing, a phrase that has disappeared from this iteration.

Instead it suggests a “constructive and stable relationship” and better communication.

China’s foreign ministry urged Japan on Friday to “reflect on its policies”.

“Japan disregards the facts, deviates from the common understandings between China and Japan and its commitment to bilateral relations, and discredits China,” ministry spokesman Wang Wenbin told reporters.- AFP