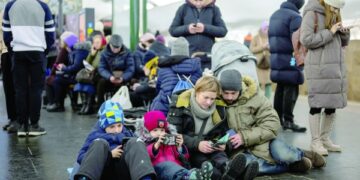 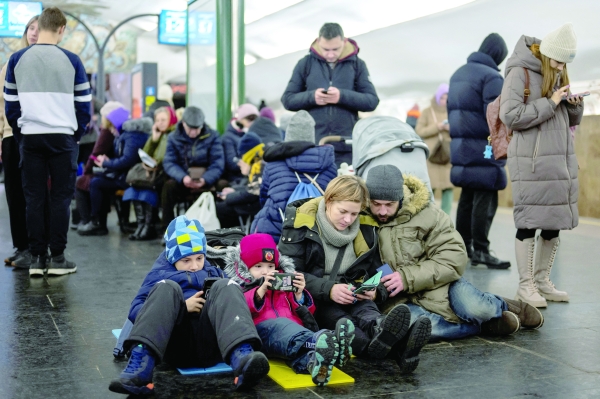 KYIV: Russia fired more than 70 missiles at Ukraine on Friday in one of its biggest attacks since the start of the war, knocking out power in the second biggest city and forcing Kyiv to bring in emergency blackouts nationwide, Ukrainian officials said.

Two people were killed when an apartment block was hit in central Kryvyi Rih and another died in shelling in Kherson in the south, they said. Russian-installed officials in occupied eastern Ukraine said 12 people had died in Ukrainian shelling.

Kyiv warned late on Thursday that Moscow planned a new all-out offensive early next year, around a year after its February 24 invasion, which has destroyed huge areas of Ukraine but brought little of it under Moscow’s control.

Russia has rained missiles on Ukrainian energy infrastructure almost weekly since early October after several battlefield defeats, but Friday’s attack seemed to have caused more damage than many others, with snow and ice now widespread.

Russia flew warplanes near Ukraine to try to distract its air defences, Ukraine’s air force said. Its army chief said 60 of 76 Russian missiles had been shot down but Energy Minister German Galushchenko said at least nine power generating facilities had been hit.

Moscow says the attacks are aimed at disabling Ukraine’s military. Ukrainians call them a war crime.

“They want to destroy us, and make us slaves. But we will not surrender. We will endure,” said Lidiya Vasilieva, 53, as she headed for shelter at a Kyiv railway station.

The governor of the Dnipropetrovsk region that includes Kryvyi Rih, President Volodomyr Zelenskiy’s home town, said a missile had hit an apartment block there.

A third person died in a fire after shelling in Kherson, authorities said, and Kharkiv in the east was also badly hit.

“There is colossal damage to infrastructure, primarily the energy system,” city mayor Ihor Terekhov said. “I ask you to be patient with what is happening now. I know that in your houses there is no light, no heating, no water supply.”

Liudmyla Kovylko, cooking at an emergency food distribution point, said life had to go on. “We heard explosions, the power went out. People need to be fed. We are cooking on a wood stove.”

Russian forces occupy around a fifth of Ukraine in its south and east and many soldiers have been reported killed and wounded on both sides in brutal fighting, although neither issues detailed reports of their own military casualties.

Eleven people were killed, 20 wounded and another 20 were unaccounted for in the village of Lantrativka near the border with Russia in the Russian-controlled Luhansk region of Ukraine, Russia’s TASS news agency said, citing emergency services.

The Russian-installed governor of the region, Leonid Pasechnik, called the attack “barbaric”.

The head of a Russian proxy “people’s militia” in Luhansk said a civilian had been killed by Ukrainian shelling in the town of Svatove, some 70 km further south. – Reuters