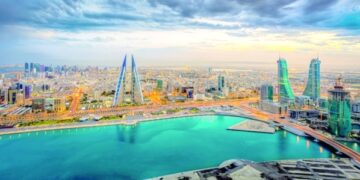 MUSCAT: The sisterly Kingdom of Bahrain celebrated the 51st anniversary of its National Day, which falls on December 16 of every year, as it commemorates the anniversary of the establishment of modern Bahrain, and the anniversary of King Hamad bin Isa al Khalifa assuming the reins of power in Bahrain.

The strong relations and established ties between the Sultanate of Oman and the brotherly Kingdom of Bahrain were strengthened during the recent visit of His Majesty Sultan Haitham bin Tarik to Bahrain and his meeting with his brother, King Hamad bin Isa al Khalifa, King of the Kingdom of Bahrain, affirming their determination to continue developing joint cooperation in the economic, trade and investment fields opening prospects for enhancing and developing cooperation in the private sector between the two brotherly countries, exchanging trade delegations and increasing trade exchange for the benefit of the two brotherly countries and peoples.

During this visit, cooperation agreements, memorandums of understanding and executive programmes were signed in several aspects.

Since 1971, the Kingdom of Bahrain has witnessed a comprehensive renaissance in all economic, educational, health and other development fields, and has established a modern and diversified economic structure that has strengthened its position as a major commercial, financial and tourist centre in the region.

In addition to its competitiveness, easy access to the rest of the Middle East, and solid commercial infrastructure, the Kingdom of Bahrain has great experience in understanding and responding to the needs of foreign companies.

Bahrain considers foreign investment a key component of the Economic Vision 2030 in a long-term plan to improve the competitiveness of its economy, create job opportunities for its skilled workers and improve the standard of living of the individual, which explains Bahrain’s commitment to build on the advantages available to make the Middle East a more attractive centre for business. — ONA