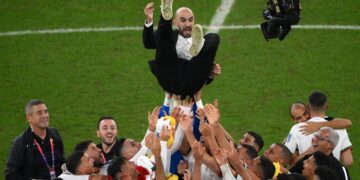 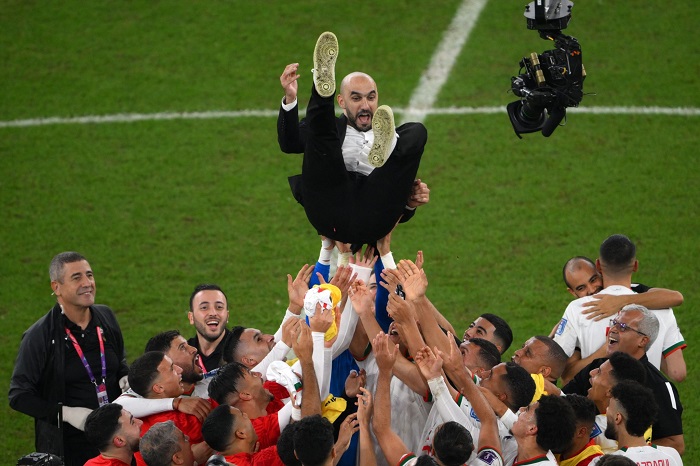 DOHA: Morocco coach Walid Regragui said on Friday that his team look forward to playing against Croatia in the third-place match at the World Cup.

“We obviously would have liked to be in the actual final but there is third place we play for. We want to finish on the podium,” said the Morocco coach.

“It is going to be quite difficult with fatigue,” he admitted, before insisting his players had not lost motivation after their impressive campaign.

“My players still have the appetite. They want to finish well and they know they’ve still got one game with everything to play for. They have understood what is at stake,” he said.

Morocco and Croatia drew their opening match 0-0 in Qatar when they faced each other in group stage. That result was considered a surprise at the time, but Regragui believes perceptions of his team have now changed.

“We know that Croatia got a lot of criticism because they weren’t able to beat Morocco, who were meant to be the underdog. Now we’ve both reached the semifinals.”

“They’ve got their heads around the fact they are part of the best teams in the world,” the coach said, adding that he expected Saturday’s match to be more entertaining than the opening clash between the two.

“I believe tomorrow will be very different to the first game. There was a lot of respect and preparation and hesitation during the first game. But going into tomorrow, both sides have had a lot more game time.”

“I hope that we’re going to be able to put on a good show for the end of the tournament. There will be good tactics, and both teams will look to win it. I think it will be a more open game from both sides,” Regragui concluded.