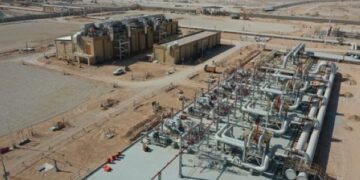 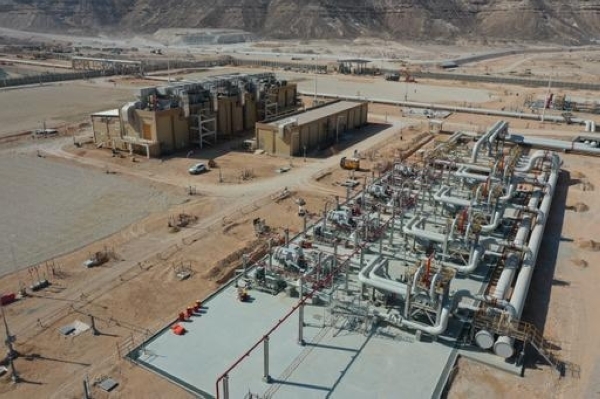 Muscat: OQ group has completed the basic construction works of the first phase of the Ras Markaz crude oil storage and export project, with a storage capacity of about RO26.7 million barrels.

The project, which is being implemented by the Oman Tank Terminal Company is the largest of its kind and was built in accordance with international standards, with 100 percent Omani financing.

The Ras Markaz project, which is located in the Al Wusta Governorate, is one of the strategic projects in the Sultanate of Oman. Due to its location in the middle of the Asian and African markets.

Salem bin Marhoon Al Hashemi, general manager of the project, said, “Ras Markaz aims to store and blend all types of crude oil in large quantities, with its infrastructure capable of meeting the needs of local and international markets.”

The company aims to make the Ras Markaz project the largest crude oil storage project in the Middle East, to serve as an important global center for trading crude oil, given the strategic location overlooking the Arabian Sea and the Indian Ocean, and to make the Sultanate of Oman a major center for oil storage in the region.

He pointed out that the area of the current completed first phase of the project is 10 square kilometers which can accommodate about 26.7 million barrels, while the total area allocated for the project is 40 square kilometers prepared to store up to about 200 million barrels of oil, and the company will increase its capacity according to the growing demand. by investors.

The general manager of the Ras Markaz project explained that the project consists of two parts.

The first is the marine works, which have been completely completed, and include the floating station for import and export, which is about 7 kilometers from the shore, and two pipelines with a diameter of 42 inches and related systems, while the second part of the project is the construction of oil pumping systems, water treatment, and building Reservoirs, power stations network and other associated systems.

He added that the floating station for importing and exporting crude oil was built to be able to receive the largest oil tankers in the world with a depth of up to 42 meters, as it was linked to four main pumps to push crude oil to the storage area, which is located at an altitude of more than 120 meters from sea level.

The site is also ready to add additional pumps to keep pace with the demand for oil storage at the station whenever there is a need for expansion.