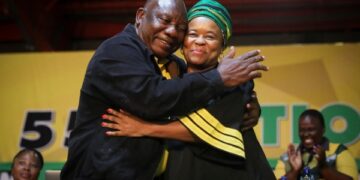 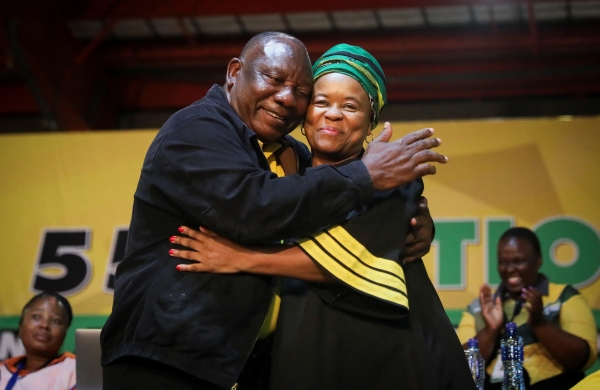 JOHANNESBURG: South African President Cyril Ramaphosa was re-elected leader of the governing African National Congress (ANC) on Monday, overcoming the “Farmgate” scandal and paving the way for him to contest the presidency again at 2024 elections.

Ramaphosa’s political future had been hanging in the balance earlier this month after a report by a panel of experts found preliminary evidence he may have violated the constitution over a stash of foreign currency hidden at his private game farm.

He has denied wrongdoing over the scandal, which has been dubbed “Farmgate” by the media, and challenged the report in court. He has not been charged with any crime, but some opponents have called for his resignation.

Ramaphosa beat former health minister Zweli Mkhize in a ballot at a party gathering in Johannesburg, securing a second five-year term as ANC leader and suggesting continuity in economic policy.

Ramaphosa won around 57 per cent of the votes against Mkhize’s 43%, while Ramaphosa’s allies also took the top seats in the party leadership.

The announcement of Ramaphosa’s victory was greeted by wild cheers from his supporters in the large conference hall who were clad in ANC-branded tracksuits, T-shirts, caps and jackets in the party’s black, green and gold colours.

Ramaphosa and Mkhize shook hands on stage after the results were announced, as delegates sang, danced and whistled to celebrate the result.

Mkhize was health minister during the COVID-19 pandemic, until Ramaphosa put him on special leave last year over after allegations his department irregularly awarded contracts to a communications company controlled by his former associates.

Mkhize has denied wrongdoing over the contracts.

In other ballots, ANC chairman Gwede Mantashe retained his position while Fikile Mbalula was elected secretary-general, the official in charge of the day-to-day running of the party.

The “Top 7” group of the ANC’s most senior officials is now more staunchly pro-Ramaphosa than the group that emerged from the 2017 conference where Ramaphosa won the top job for the first time.

Ramaphosa’s only overt opponent in the Top 7 is first deputy secretary-general Nomvula Mokonyane.

“The outcome of the 2022 conference has broken the political impasse that arose in the 2017 conference and signals a near obliteration of internal opposition to the … agenda that President Cyril Ramaphosa has been championing,” said Ongama Mtimka, lecturer and political analyst at Nelson Mandela University.

South Africa’s next general election is due in 2024, following which parliament will choose the president. The ANC has won majority of seats at every vote since multi-racial elections began in 1994. — Reuters