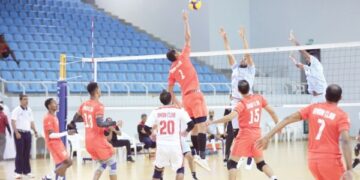 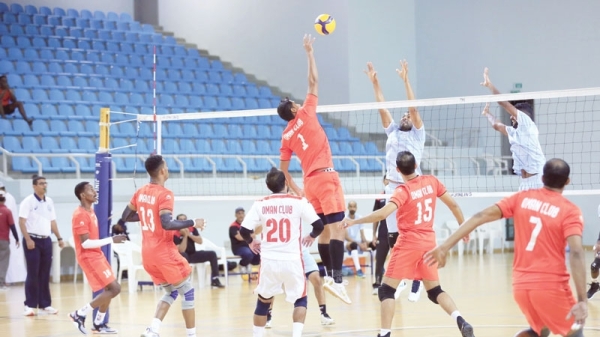 Oman Club are leading the volleyball first division league for 2022-23 season after completion of second round matches. The Muscat-based team are topping the group with full mark as they have six points from two victories while Seeb Club are positioned in the second place with three points.

Suhar are in third place with the same credit of three points besides Al Bashayer and Majees in the fourth and fifth places respectively. Seeb and Suhar have played one match till now in the league. Seven teams are taking part in this edition of the league including Bahla, Saham, Majees, Al Bashayer, Suhar, Seeb and Oman Club.

In the following match, Oman Club blanked Al Bashayer 3-0 as the first set finished 25-17 while in the second set the gap was only two points at 25-23. The Oman Club spikers confirmed their victory in the final set as they scored 25-21. Oman Club featured top players from the national team including Saud al Mamari and Ibrahim al Mazaeni.

Seeb, coached by national coach Jamal al Mamari, managed to earn their first victory in the league as they beat Bahla 3-0 in their opening match with scores of 25-11, 25-15 and 25-10. Majees snatched a 3-0 win against Saham. Seeb opened the new season by lifting the Super Cup after they had defeated Oman Club 3-0 in the final in November end. The sets of the Super Cup match ended at 25-12, 25-14 and 25-22.