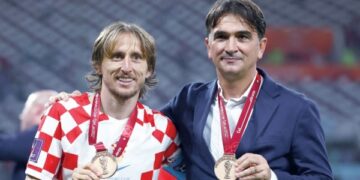 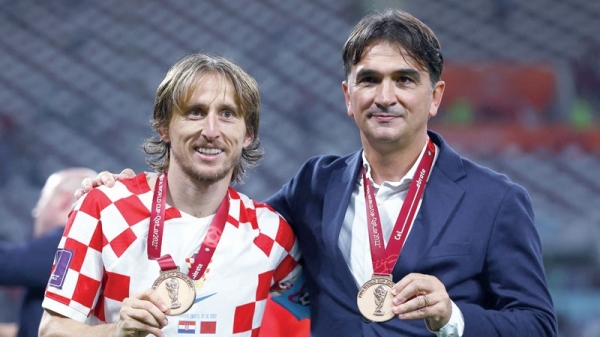 Modric said he intends to play on with Croatia after the World Cup and confirmed his availability for the Nations League matches next year.

“I need to go step by step. I’m enjoying the national team, I feel happy, I still think I can perform on a high level and I want to continue until at least the Nations League,” the Real Madrid star said.

“After that, there will be more time to think about the Euro — but now, it’s go step by step and continue until at least the Nations League, and after we will see.”

The head coach also hinted that the captain may stay on to help his country qualify and try to win Euro 2024 in Germany.

The Real Madrid midfielder is 37 but still playing at the highest level, and when Dalic was asked about him staying on he replied: “Yes, I hope so.

“Some people might think it is the end for him but I think Luka Modric will stay with us for a long time.

“He’s our captain, he’s our boss, our leader and everybody follows him. He played fantastically well in this tournament. He’s 37 years old but played like a 25-year-old. I’m very happy with him, and this trophy is also for him.”

Croatia assistant coach Ivica Olic also said he was “100 per cent sure” Modric would be in the squad if fit.

Croatia 2-1 Morocco: Stats of the day

At the age of 37 years and 99 days, Luka Modric is the oldest player to have played for Croatia in the Fifa World Cup.

Croatia have lost only two of their last 23 international matches (W13 D8).

A European nation has finished third at each of the last 11 Fifa World Cup final competitions. The last non-European team to finish third was Brazil in 1978.