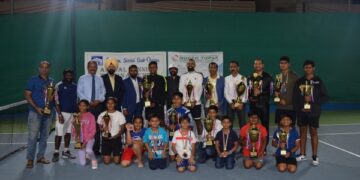 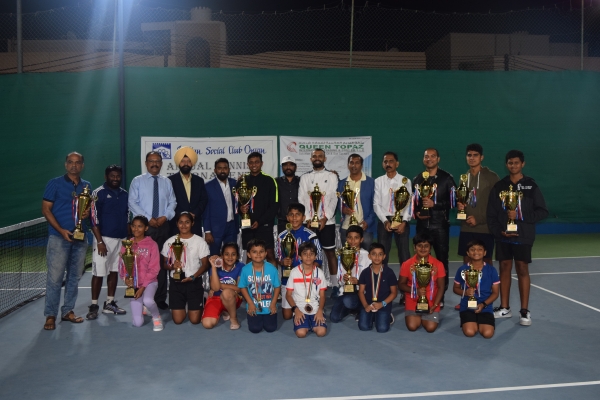 MUSCAT: The ISC Annual Tennis Tournament in association with Queen Topaz LLC concluded in style at the ISC courts on December 16.

Top seed Shanawas KK defeated talented youngster Abbas Haider in a tie-break 2-6, 6-2, 13-11 to clinch the men’s singles title on the concluding day of the tournament. This match lasted for 1 hour 40 minutes. Abbas displayed a brilliant game in the first set and took the first set in his favour whereas in the second set, Shanwas broke Abbas serve in the very first game and took the lead by holding his own serve. Shanawas maintained his lead and took the second set in his favour.

In the final set, both the players displayed a spirited game holding their serve and the match went to a tie-break. In the tie-break, Shanawas broke Abbas’ serve in the first game and took a 3-1 lead while maintaining his own serve. Shanawas then maintained his dominance and won the final deciding set to clinch the title. Shanawas also won against Sharif al Bakri in the men’s B category in the recently concluded RAHRC tournament.

Coach Sivan G along with the organising team comprising Suhail Khan, Girish KK, James Lawrence, Shanawas and Arun took all initiatives to conduct the event in a systematic and professional manner. The tournament saw various events for boys, girls, men’s as well as veterans in the three week-long event.

The awarding and closing ceremony were held right after the men’s singles final, making a perfect end of the ISC Annual Tennis Tournament 2022. Sports Secretary Saji Abraham thanked all the officials, tournament committee, staff, coach and parents for their support and dedication in conducting the tournament successfully.