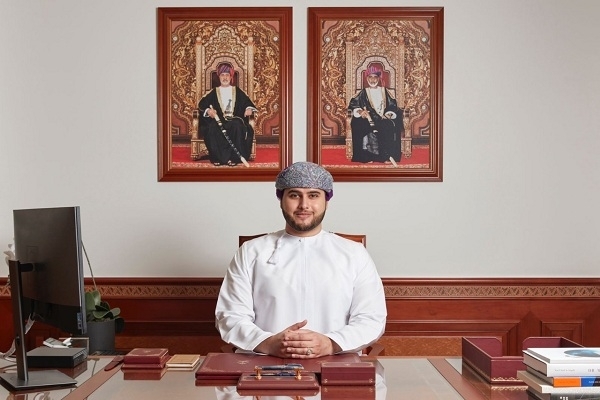 This step comes after the success of the first version and the completion of handing over the project which won first-place to Muscat Municipality for the implementation and development of the project.

HH Sayyid Bilarab bin Haitham al Said confirmed in a statement that he was honoured to receive a royal order from His Majesty Sultan Haitham bin Tarik that the second cycle of the award shall adopt a project to create the design of a museum for maritime history. The museum will be set up in the Wilayat of Sur, Governorate of South Al Sharqiyah.

HH Sayyid Bilarab expressed his gratitude and appreciation to His Majesty the Sultan for the confidence accorded to the award.

HH Sayyid Bilarab urged Omani youth targeted by the award to harness all their technical capabilities and architectural skills to participate in this version of the award, and to present innovative and creative models and designs in line with the project’s mission and objectives.

He also pointed out that the award will invite Omani youth to submit their artistic perceptions of the museum for maritime history. The museum’s project will be implemented in the Wilayat of Sur, overlooking to the sea.

HH Sayyid Bilarab said that the rich heritage enjoyed by the Wilayat of Sur tells many stories of maritime glories, taking the name of Sur to fame. As such, the award will revive these maritime glories and will work to document them, and pass them on to future generations.

Moreover, the Ministry of Heritage and Tourism has worked to provide and select the land plot designated for the project, which is located in a coastal area (14,154 square metres).

The Award’s Office held meetings with the Ministry of Heritage and Tourism on the project’s details and the ministry will implement the winning project in the future.

Necessary conceptions of the project in terms of its facilities and other technical details have been prepared and they will be available to participants through the award’s guide.

HH Sayyid Bilarab added that it is hoped that the award will contribute to developing, modernizing and renewing this important sector. This contribution will add a pleasant visual experience, and reduce any distortion and urban noise that does not correspond to the nature of the place, the urban identity and cultural heritage of Oman.

He affirmed that the award aspires to highlight the Omani architecture featuring innovative nature and contemporary view, and enjoying a presence regionally and internationally.

HH Sayyid Bilarab said that through the first edition and according to the interaction witnessed through various platforms of the award, we can say that the beginning was successful.

This, he added, was reflected in the youth’s keenness to participate. Moreover, their proposals and the participants’ different design methods, confirm that the award’s message reached a wide category.

HH Sayyid Bilarab said that through the previous experience with the award, it can be said that the award initiated a dialogue with the youth. The papers and designs they presented undoubtedly reflect their ideas, perceptions and aspirations. This proves that the youth are capable of creating architectural designs they aspire to see in Oman, as well as their artistic perceptions in developing architecture in the country.

He said that when the Bilarab bin Haitham Award for Architectural Design was launched in its first edition, it strived for development and renewal and it works to achieve an added value for Oman and the participants. The second edition will run for four months which is two times longer than the first edition.

On the criteria for participation in the second edition of the award, HH Sayyid Bilarab confirmed that the general criteria are in accordance with what was announced at the launch of the first edition. The award targets Omani youth who are specialized in the fields of architecture, design and urban planning and they must be no more than 35 years of age. However, as for the technical standards, they will be in line with the target project, and they will be announced in the special technical guide.

Regarding the jury that will sort and evaluate the works submitted for the award in its second edition; HH Sayyid Bilarab indicated that the jury panel comprises specialists in Oman. He pointed out that the panel also includes young people to meet the demands put forth during the first edition.

HH Sayyid Bilarab said that the award is keen to develop and enhance the capabilities of the participants. There will be technical workshops for thirty teams qualifying for the first stage. In addition, all participants will be provided with dialogue spaces through the award’s account on Twitter hosting architectural specialists, with the aim of enriching their knowledge. He added that participants must also strive for self-development of their architectural skills and capabilities through educational platforms or social media that provide lessons and relevant information.

HH Sayyid Bilarab added that Omani architecture enjoys rich details, inspiring ideas and capable of responding to development, in addition to its diversity from one governorate to another.

He pointed out that those who work in the sectors of architectural design can contribute to innovating and creating new Omani architectural designs capable of reaching global standards, while at the same time preserving the spirit of Omani originality.

HH Sayyid Bilarab concluded his statement by underscoring the importance of creativity for Omani youth who work in the field of architectural design. He also encouraged them to work on more modern designs which keep pace with futuristic developments. He underlined his confidence of the Omani youth’s capabilities.