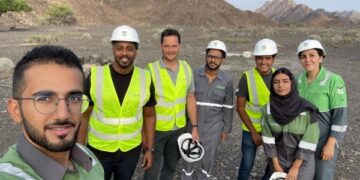 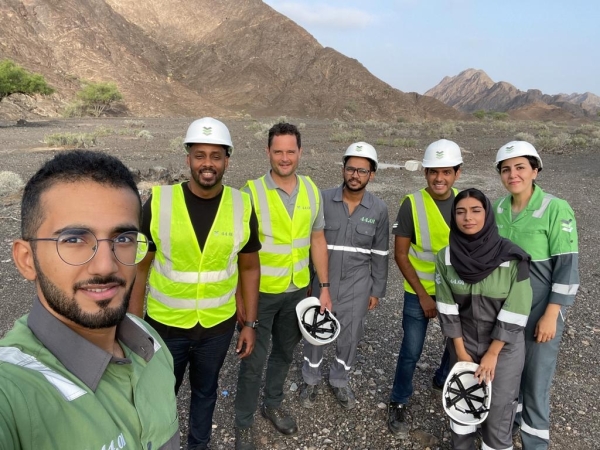 MUSCAT: Carbon mineralisation pioneer 44.01 has been announced as a finalist for the prestigious Earthshot Prize.

44.01, which eliminates CO2 permanently by mineralising it in peridotite, is one of 15 organisations to reach the final, from a pool over 1,000 applicants. The Earthshot Prize, founded by Prince William and judged by a group of the world’s leading environmentalists, offers finalists mentoring and assistance to scale their environmental solutions.

This is the latest vote of confidence in 44.01 and in the permanent elimination of CO2 via peridotite mineralisation. Unlike carbon ‘storage’, which involves burying CO2 underground in disused oil-wells or aquifers, mineralisation removes CO2 forever. Ultimately, this process is safer and more durable. 44.01 has previously received recognition and support from, among others, the Musk Foundation via XPRIZE, Shopify and Stripe.

44.01 is one of three finalists in the Earthshot Prize’s “Fix Our Climate” category.

The Earthshot Prize is judged by an international council which includes leaders from business, philanthropy, science and entertainment. The panel looks for tested, scalable solutions that can help repair our climate and prevent further harm. The prize’s other categories are protect and restore nature, clean our air, revive our oceans, and build a waste-free world. The winners of each category will be announced on December 2, 2022 and will each be awarded £1 million.

Talal Hasan, 44.01’s Founder and Carbon General, said: “The answers to the planet’s problems can often be found in the natural world. At 44.01, we have found a natural process that removes carbon and we’ve accelerated it. We believe this process is replicable globally and can play a key role in helping our planet to heal. Thank you to The Earthshot Prize for recognising our work.”

44.01 has already conducted successful pilots of its mineralisation process in the Sultanate of Oman. In 2023, 44.01 will begin mineralising CO2 commercially. By 2040, the company aspires to have removed 1 billion tonnes of CO2 from the atmosphere.

As the world transitions to clean forms of energy, 44.01 is also providing new employment opportunities for engineers and geologists working in the fossil fuel industry.

Given that Oman has one of the world’s largest surficial deposits of peridotite, carbon mineralisation could also be a boon for workers in the region and the energy transition. By seeking to solve global problems, 44.01 will solve local ones too.