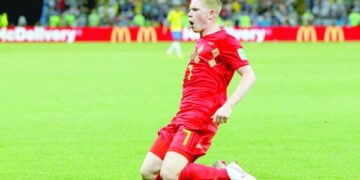 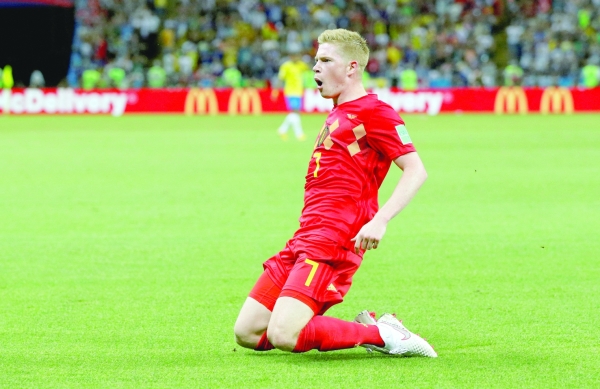 BRUSSELS: For many of Belgium’s Golden Generation, the World Cup in Qatar represents a last shot at football immortality and victory would be a crowning glory for a side that have no trophies to show for their outstanding talent and huge promise.

Many of their leading players are over the age of 30 and only a few will be around for the next World Cup in 2026, so it is now or never for most to turn their bronze medal from four years ago into the coveted gold.

They have a settled squad and a strong technical team under Spanish coach Roberto Martinez, whose contract comes to an end after the World Cup.

He counts among his assistants 1998 World Cup winner Thierry Henry.

Belgium have gone into past tournaments full of promise and been left wondering what might have been, while their form over the last year has been patchy and below par.

A third-place finish in Russia after semifinal defeat to France was their best showing yet at a World Cup, but they clearly wanted more.

A quarterfinal loss to Italy at Euro 2020 was also a bitter disappointment in a competition where they were among the favourites.

They can at least say that, on both those occasions, they went out to the eventual champions.

Belgium face Croatia, Morocco and Canada in Group F in Qatar, a pool they should be able to negotiate comfortably, even if publicly the ever-amicable Martinez is wary.

“Croatia are always a competitive team at international level, and Morocco? They’re a team we know very well because there are many (Moroccan) players who play in Belgium and have dual nationality,” Martinez told TSN.

“Canada, for us, is always a hidden threat. We followed their qualification in Concacaf and it’s been impressive to see this team, with their consistency, with their energy and youth and team spirit that they have — and getting results against USA and Mexico. It’s going to be a really, really competitive group.”

Belgium have an abundance of quality in attack, with creativity, speed and guile, but defensively they have struggled and that problem was starkly laid bare when they were thumped 4-1 at home by Netherlands in June.

Before their 1-0 loss to the same Dutch side in their last international in September, they had scored in an astonishing 49 consecutive games since the defeat by the same scoreline to France at the 2018 World Cup.

Conversely, since October 2021 they have kept only two clean sheets in 12 games — against Poland and minnows Burkina Faso.

But Goalkeeper Thibaut Courtois is among the best in the world, while the defensive pairing of Toby Alderweireld and Jan Vertonghen have an astonishing 264 caps between them.

Up front there are powerful options in Romelu Lukaku, if he can overcome his recent injury problems, Michy Batshuayi and new man Lois Openda.

All the tools are there, but can Martinez craft something meaningful with them? — Reuters