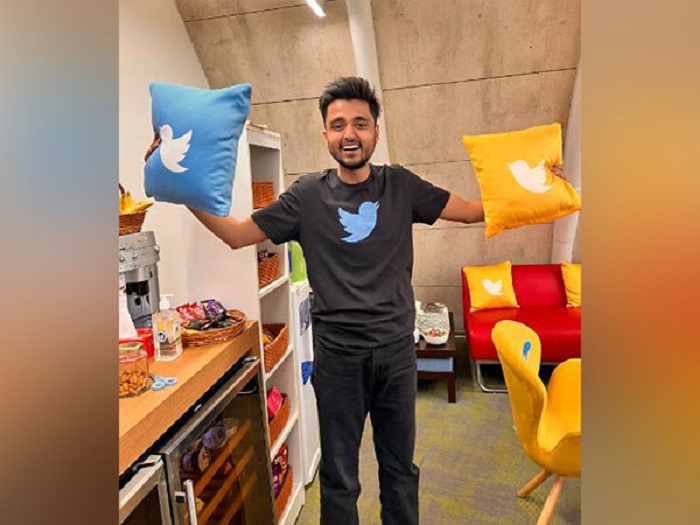 New Delhi : A 25-year-old man has proved that being fired from a job does not always have to end on bitter terms after he was sacked as part of the mass layoffs by Tesla CEO Elon Musk, following his acquisition of the micro-blogging site.

On Friday, 25-year-old Yash Agarwal after being fired from his job, took to his Twitter handle and posted a happy picture in which he was seen holding two cushions that had the Twitter logo on them. “Just got laid off. Bird App, it was an absolute honour, the greatest privilege ever to be a part of this team, this culture. #LoveWhereYouWorked #LoveTwitter,” read the text accompanying the tweet.

Yash’s post immediately got viral on social media with users appreciating his positivity and cheering him up with their kind words. One person wrote, “There’s so much in store for you! You’re meant for great things. Onwards.”

Another one shared, “Absolutely wonderful way to take send off!! With this attitude you are always a winner.” A third user wrote, “This positive outlook towards life is rare to see. Wish you unmatched success and happiness in everything you choose to do! Best wishes for your future endeavors!”

Meanwhile, earlier today, as per an unsigned internal memo seen by The Verge, Twitter employees were notified in the email that the layoffs were set to begin. Musk is expected to cut roughly half of Twitter’s roughly 7,500-person workforce.

The entrepreneur’s purchase of Twitter for USD 44 billion was completed last week and on that same day he fired several of the company’s top leaders, including the chief executive Parag Agrawal.

Musk had already indicated that he would make job cuts at Twitter, telling employees at a town-hall meeting this summer that there needs to be “a rationalization of headcount” at the social network.