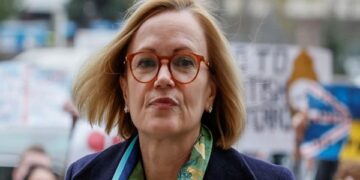 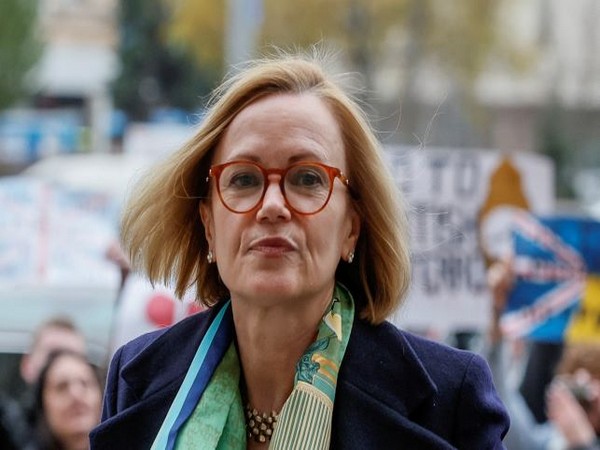 Moscow: British Ambassador to Russia, Deborah Bronnert was summoned to the Russian Foreign Ministry on November 3 to lodge a protest over the UK’s involvement in a ‘terrorist attack’ against the Black Sea Fleet in the Crimean port of Sevastopol.

“A strong protest in connection with the British military specialists’ active participation in training and providing supplies to the units of the Ukrainian special operations forces, including with the goal of conducting acts of sabotage at sea, were expressed to the Ambassador. Concrete facts of that kind of activities by London were provided,” read the Ministry of Foreign Affairs of Russia.

It was pointed out that such hostile provocations were unacceptable and a demand was put forward to stop them immediately.
Meanwhile, Russia warned that should these acts of aggression that are fraught with direct implications in the conflict continue, the responsibility for harmful consequences and the mounting tensions in relations between the two countries will lie entirely with the British side.

“It was noted, in particular, that an agreement was reached in September 2020 between London and Kyiv to expand the British instructors’ training programme for Ukrainian military divers. In late 2020, the parties began implementing the Naval Training Initiative for the Ukrainian Navy, which included training courses for combat swimmers,” added the release.

British-Ukrainian naval cooperation is further reinforced under the Joint Multinational Training Group – Ukraine programme. This work is carried out at a separate Ataman Golovaty Spec Ops Centre “South” of the Ukrainian Special Operations Forces (Military Unit A3199, former 73rd Marine Special Operations Centre) in the city of Ochakov, Nikolayev region, and includes the training of underwater spec ops operatives for conducting operations in the Black Sea and Azov Sea.

“A military diving school in Odessa (which is part of the Ukrainian Navy’s 198th training centre, Military Unit A3163, Nikolayev), is training special operations divers, including in deep-sea subversive skills, among others,” added the release.

With the participation of British specialists, the Ukrainian Navy carried out dives and a training detonation of a target on the coast and in the Black Sea near the cities of Odessa, Nikolayev and Ochakov, alleged Russian MoFA.

In August-September, on Pervomaisky Island in the Dnieper estuary 3 km south of Ochakov, British military instructors (about 15 men) taught servicemen from the Armed Forces of Ukraine to operate unmanned underwater vehicles designed to destroy ships.

“In August-September, the British trained the crews of minesweepers that were transferred to Ukraine. We have information that the British Navy has also transferred a certain number of UAVs to Ukraine,” added the release.

Russia on Saturday accused UK of “involvement” in the naval drone attack Black and Baltic seas and said that it intends to draw the international community’s attention towards Sevastopol incident.

“The Russian Side intends to draw the international community’s attention, including at the United Nations Security Council, to a series of terrorist attacks committed against the Russian Federation in the Black and Baltic seas, highlighting the UK’s involvement,” said the Russian Ministry of Foreign Affairs Spokeswoman Maria Zakharova.

“On Saturday at 4.20 am, Kyiv carried out a terrorist attack against the ships of the Black Sea Fleet and civilian ships that were on the outer and inner roadsteads of the Sevastopol base. The attack involved nine unmanned aerial vehicles and seven autonomous maritime drones,” said the Russian Ministry of Defence.