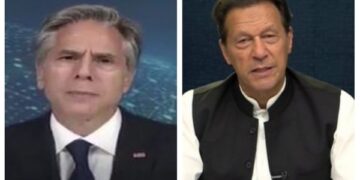 No room for violence in politics, says US over attack on Imran Khan

No room for violence in politics, says US over attack on Imran Khan 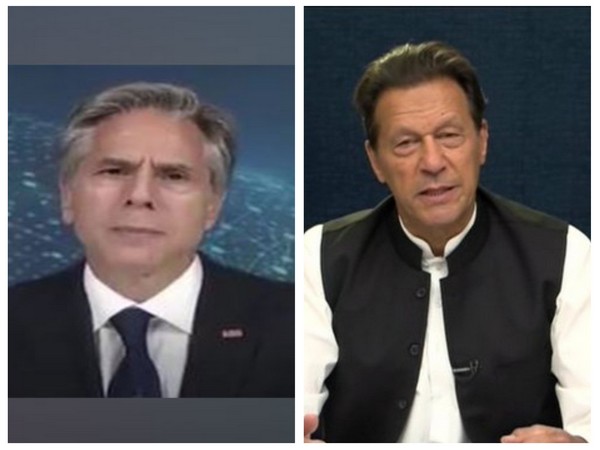 Washington: The United States condemned the “assassination attempt” on former Pakistan Prime Minister Imran Khan, saying that there is no space for violence in politics.

Taking to Twitter, US state Secretary Antony Blinken said, “The US strongly condemns the shooting of @ImranKhanPTI at a political rally. We wish him and all others injured a quick recovery, and we offer condolences to the family of the individual who was killed. All parties should remain peaceful. Violence has no place in politics.” Imran Khan was injured in a firing incident at his container near Allah Walla Chowk in Wazirabad in Pakistan’s Punjab province during his long march against the ruling coalition, reported ARY News.

After the attack, Faisal Sultan, the former assistant to the prime minister on health, said that PTI chairman Imran Khan’s condition is stable.
“But according to X-rays and scans, there are fragments of bullets in his legs and there’s a chip in his tibia shin bone,” he told media persons outside the Shaukat Khanum Hospital in Lahore, The Dawn reported.

Sultan added that Imran has been moved to the operation theatre for further evaluation and removal of bullet fragments.

“The attack on @ImranKhanPTI and his supporters is completely unacceptable, and I strongly condemn this violence. It has no place in politics, in any democracy, or in our society. I’m wishing a speedy recovery to Imran and all who were injured today,” he said in a tweet.

“The Ministry affirms the Kingdom’s standing with Pakistan and its people against all threats to its security, stability, and development process, noting the Kingdom’s support for all efforts aimed at eliminating violence, extremism, and terrorism in all its forms and manifestations while wishing the Islamic Republic of Pakistan and its brotherly people safety, stability and prosperity,” the statement added.

In the latest development in the case, the suspect was caught by police in Pakistan for opening fire during the PTI’s long march and said that he wanted to kill Imran Khan because “he was misleading the public,” media reports said.

“I thought of this as there was Azaan going on and on the other side, Imran Khan is taking out his container and making noise. My conscience did not approve of this. I decided this suddenly… I conspired against Imran Khan when he kicked off his long march from Lahore. I made up my mind that I will not leave him alive,” the shooter said according to a video shared on social media.

Responding to whether there was someone else in the conspiracy, the shooter said, “I have conspired this alone and no one else is involved in this. I came on a bike and I parked it at my uncle’s shop. He has a motorcycle showroom.”