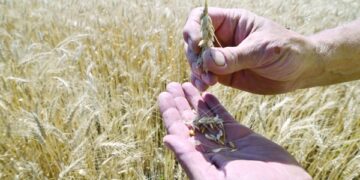 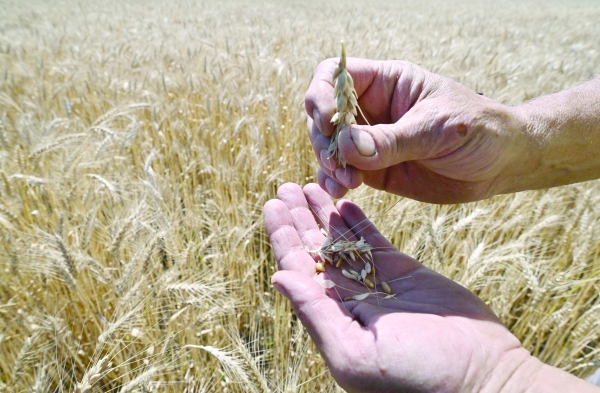 Of late, Russia has suddenly intensified its “grain diplomacy”. In the last week of October, Moscow abruptly suspended its participation in the secure Black Sea grain corridor but rejoined after four days, easing fears of further disruptions to grain exports from key supplier Ukraine at a time of rampant global food inflation.

Apparently, the Russians temporarily suspended the deal on the pretext of a major Ukrainian drone attack on its naval fleet in annexed Crimea. Turkish President Recep Tayyip Erdoğan, who played the key role in brokering this deal under the auspices of the United Nations in July, was again quite active in persuading Vladimir Putin to reverse the suspension of this grain deal to avert a global food crisis.

The Ukrainian drone attack on the Russia navy was a rather weak justification to block the Ukrainian exports to pass through the Black Sea. It was just a tenuous excuse on the part of the Russians to bully the Kyiv government. Apparently, three main reasons can be tagged to Putin’s deliberate attempt to disrupt the grain deal at this time; one, the grain deal is supposed to be renewed on November 19, two, the forthcoming G20 summit in Bali on November 15, and three, Russia’s desperation to force the West to ease restrictions on state agriculture lender Rosselkhozbank to facilitate Russian grain exports.

In fact, the Russians want to utilise both the events to put pressure on the West to win this concession that is likely to affect the next crop of wheat in Russia. While UN Chief Antonio Guterres is trying hard to convince Moscow to agree to extend the grain deal beyond its scheduled expiry on November 19, Putin is deliberately creating such snags with a clear intention to bargain on loosening up some of the sanctions on few selective types of transactions through the Russian banking system to facilitate the agriculture sector.

Though Putin has not yet publicly talked about its demands except the calls for the release of Russian fertiliser stuck in European ports and warehouses, and resume exports of ammonia, an important ingredient in fertiliser, through a Russia-Ukraine pipeline.

Russia has been asking the Western countries to allow state lender Rosselkhozbank to restore its relations with correspondent banks despite Western sanctions. This would facilitate the bank, which has not had a major role in the international grain trade so far, to ensure smooth transactions of payments for Russian grain and other foodstuffs. Prior to the latest stringent sanctions, such payments were routinely channelled through international banks and subsidiaries of other Russian banks in Switzerland.

Putin is shrewdly trying to manoeuvre the renewal process of the grain deal by building up pressure on the Western capitals – before the start of the G20 summit – to eventually find some wedge to penetrate the stringent Western sanctions. Putin is playing his cards very carefully. He has very deceitfully used the energy card after the attack on Ukraine, which actually instigated one of the worst energy crisis in the post World War II era – and cost of living crisis – across the globe.

Putin assumes that the Western capitals are now at the brink of exhaustion after almost eight months simmering energy and food crisis and he can now manipulate the situation to his advantage by demanding concessions for his next season of wheat and grain crops. So, the G20 summit is going to have another round of intense diplomacy between Russia and its opponents, while Turkey is playing the role of a mediator.