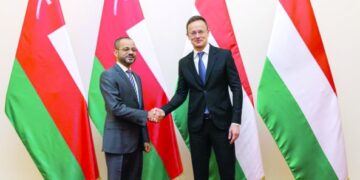 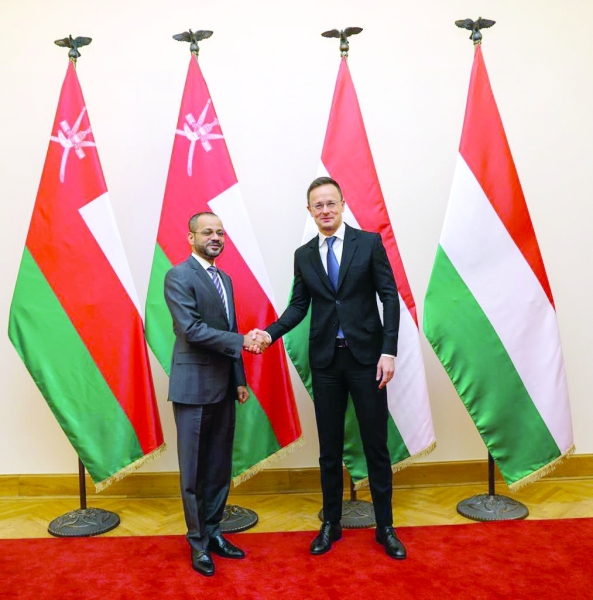 They reviewed bilateral relations between Oman and Hungary. They also discussed cooperation and ways to enhance them, notably in trade, investment and economic diversification. Emphasis was laid on renewable energy and the exchange of expertise in the production of green hydrogen, as well as other aspects that serve the interests of the two friendly countries.

The ministers also exchanged views on a number of current regional and international issues of common concern. They underscored the significance of supporting all peaceful efforts and the application of the international law to strengthen bonds of cooperation and understanding among countries in a manner that consolidates pillars of stability in the world.

The ministers signed a memorandum of understanding (MoU) in water management and the implementation of an executive programme on joint studies and training.

Sayyid Badr also met Hungarian Energy Minister Csaba Lantos. The meeting discussed means of cooperation between Oman and Hungary in the field of renewable energy and green hydrogen production. It also reviewed the current investments between the two countries.

They exchanged views on means of enhancing cooperation between the parliamentary councils in the field of enacting legislation and regulations and their consistency with international law.

The two meetings come within the framework of Sayyid Badr’s current official visit to Hungary.