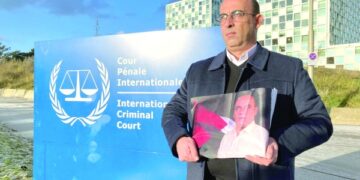 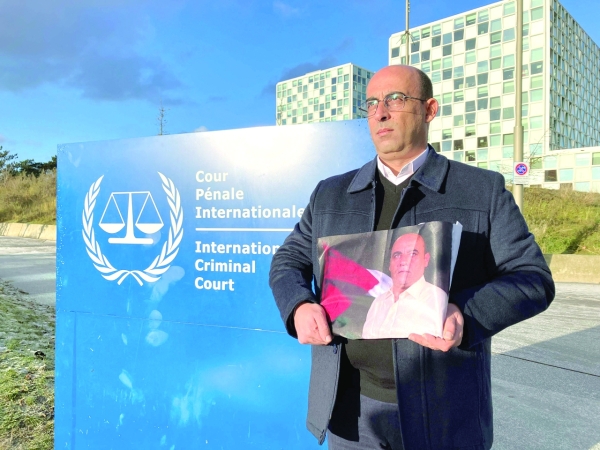 The Hague: The family of Palestinian activist Nizar Banat submitted a case on Thursday to the International Criminal Court accusing top Palestinian officials over his death in custody, relatives said.

Banat, a leading critic of the Palestinian Authority led by Mahmud Abbas, died in June 2021 after being dragged from his home in the occupied West Bank by security forces.

A post-mortem found he had been beaten on the head, chest, neck, legs and hands, with less than an hour elapsing between his arrest and his death.

“Our only hope is in the International Criminal Court,” the activist’s brother, Ghassan Banat, said outside the tribunal in the Dutch city of The Hague.

Any person or group can file a complaint to ICC prosecutor for investigation, but the court is not obliged to take them on.

The move marks the first time a Palestinian will lodge a complaint at the ICC against another Palestinian, according to the family’s lawyer.

“We demand justice for a man who was doing nothing but speaking the truth to power,” said the family’s lawyer Hakan Camuz outside court.

The ICC prosecutor’s office last year opened a full investigation into the situation in the Palestinian territories, including alleged crimes by Israeli forces and by Hamas and Palestinian armed groups.

The family’s case lodged at the ICC accuses seven Palestinian officials of responsibility for Banat’s death.

The decision to take the case to The Hague comes after 14 members of the Palestinian security forces were released on bail, pending their military trial in the West Bank over Banat’s death.

Ghassan Banat said the men’s release earlier this year left him believing “there is no justice enforcement”.

“At that time, we understood that the regime of the Palestinian Authority, the police, the security officers, have more authority than the court, that they were above the court,” he said.

“That is why we have decided to move on to the international arena”.

Banat’s death sparked rare protests in Ramallah, seat of the Palestinian Authority, with demonstrators shouting “Justice for Nizar” and pressing Abbas to quit.

A poll last year by the Palestinian Center for Policy and Survey Research found 63 per cent of Palestinians believe Banat’s death was “a deliberate measure ordered by the PA political or security leaders”.

The dissident’s brother said he was killed when he “challenged Mahmud Abbas and was telling people the truth about the real situation of the Palestinian Authority”.

The step by the Banat family follows the Al Jazeera broadcaster taking a case to the ICC last week over its slain reporter Shireen Abu Akleh, arguing she was deliberately shot dead by Israeli forces.

Abu Akleh was killed in May while covering an Israeli military raid in Jenin in the West Bank, which has been occupied by Israel since the 1967 Six-Day War.

Israel is not an ICC member and disputes the court’s jurisdiction to probe the situation in the Palestinian territory.

The probe will focus on the actions of all parties in the 2014 Gaza war, as well as other incidents such as the killing by Israeli forces of protesters in the coastal Palestinian territory. — AFP