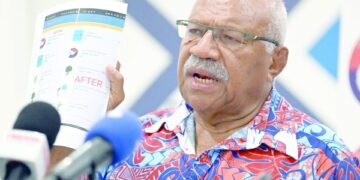 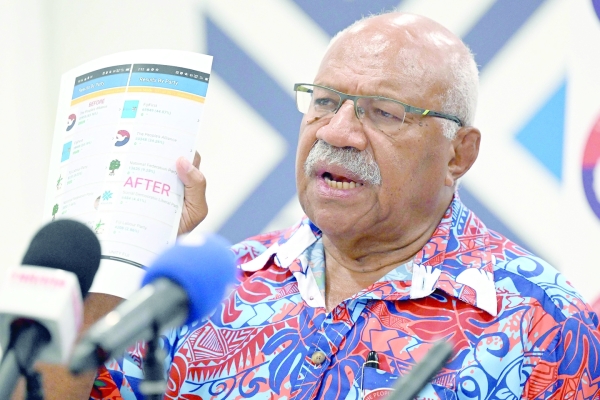 SUVA: Fiji opposition leader Sitiveni Rabuka was summoned for police questioning late on Friday, hours after he claimed irregularities in this week’s still-undecided election and called for the army to step in.

The 74-year-old former prime minister and two-time coup leader appeared before the Criminal Investigations Department in Suva, spending at least an hour inside.

On his release, Rabuka said the questioning related to his letter to a top military commander about the conduct of the election, and his party’s social media posts.

It was not clear what, if any, charges were being considered, but Rabuka said the summons had been designed to intimidate.

“The way this government has operated, we’ve been talking about a climate of fear. This is how they instill that fear,” he added.

Opposition parties led by Rabuka have said the incident cast doubt on the entire election process.

He has called for the count to be stopped and the military to step in. Both calls have so far been rejected.

International observers said on Friday they had no significant concerns about the conduct of the vote.

“(We) did not observe any significant irregularities or issues during pre-polling, postal voting or election day voting,” said Rebekha Sharkie, an election observer and Australian member of parliament.

Rabuka’s hopes of stopping the count faded further on Friday as military commander Jone Kalouniwai rebuffed his plea for the army to intervene.

The answer was “no”, Rabuka said, “he will not be drawn into it.”

Under a constitution drawn up in 2013 after a period of political turmoil, Fiji’s military has “overall” responsibility for maintaining stability.

Hours after Rabuka’s remarks on the military, he received a knock on the door.

Detectives visited his home, where they found him drinking kava — a peppery, mildly intoxicating root drink that is a key part of Pacific culture.

“Stay calm everyone,” he said as he left in a white SUV.

There was a sizable police presence, with officers erecting temporary roadblocks.

The election has been a high-stakes battle between Rabuka and incumbent Bainimarama, political enemies and two of modern Fiji’s most important leaders.

While the vote is seen as a test of Fiji’s often-fragile democracy, there is a regional significance as well — Bainimarama has been close to China, while Rabuka is likely to distance himself from Beijing.

Bainimarama, a former navy commodore, seized power through a military coup in 2006, and is one of the Pacific’s longest-serving leaders.

Four Fijian prime ministers have been toppled by coups in the past 35 years. – AFP