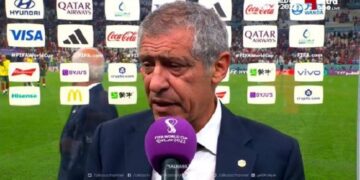 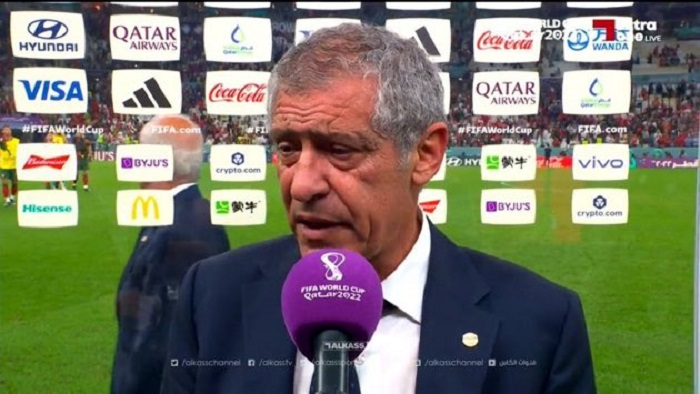 DOHA: Fernando Santos became the latest victim of failing to live up to World Cup expectations after he was sacked as Portugal coach on Thursday.

Although the 68-year-old had been under contract until after the 2024 European Championships, the Portuguese Football Federation said in a statement announcing his departure that it was the “right moment to start a new cycle.”

Portugal lost 1-0 in the World Cup quarterfinals against Morocco, but Santos has previously led Portugal to success in the 2016 European Championships and the 2019 UEFA Nations League.

“It was an honor to have a coach and a person like Fernando Santos at the head of the national team. The FPF thanks Fernando Santos and his technical team for the services provided over eight unique years and believes that this thanks is also made on behalf of the Portuguese people,” reads the communique.

The veteran coach was given a difficult task in Qatar, with rumors about Cristiano Ronaldo’s future dominating early press conferences at the tournament.

He then took the brave step of dropping 37-year-old Ronaldo after some poor displays in the group stage and an angry gesture after he was substituted in the final Group H match, which Portugal – who were already assured of progression – lost 2-1 to South Korea.

Ronaldo was on the bench for the 6-1 win over a virus-affected Switzerland in the last-16 and came on as a late substitute. He also played the last half-hour of the quarterfinal defeat, failing to make an impact and walking down the tunnel in tears at the final whistle.

Santos said after that match that he had “no regrets” about his decision.

Jose Mourinho is the early favorite to be named as Santos’ replacement.