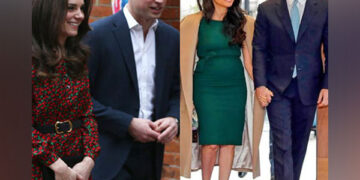 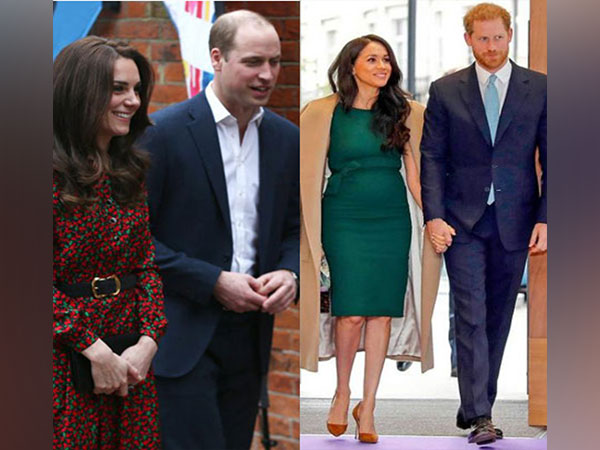 London: While the new tell-all documentary series ‘Harry & Meghan’ has created an uproar, it is being reported that Harry’s brother William and Kate Middleton will not be watching the show.

A royal source told Page Six – “William and Kate’s aides have briefed them on the show, but don’t expect the couple to sit down in their cottage with a bowl of popcorn to tune in themselves.” Harry and Meghan have talked about their strained relationship with his brother and sister-in-law throughout the course of the six-part documentary series.

Early on in his whirlwind courtship with Markle, Harry had a falling out with William and their schism has only gotten worse since the Duke and Duchess of Sussex stepped down as senior royal members in January 2020.
Harry opened up about his decision to move out of the UK after which he met his grandmother the late Queen Elizabeth, his father King Charles and his brother Prince William in Sandringham in January 2020. He revealed that they all decided to meet when Meghan left for Canada, prior to that they avoided any meeting.

He further added that in the meeting his brother William shouted at him while his father King Charles III lied, and his grandmother watched all of it unravel, sitting there, staying mum.

“I went in with the same proposal I had made publicly. But once I got there, I was given five options. One is all in, no change and five is all out. I chose three, half in half out. Have our own jobs but also support the Queen. But it became very clear very quickly that goal was not up for discussion or debate,” said Harry.

“It was terrifying to have my brother scream and shout at me and have my father say things that were simply not true. And my grandmother quietly sits there and sort of takes it all in. But you have to understand that from the family perspective, especially from hers, there are ways of doing things and her ultimate goal, mission, slash responsibility is the institution,” he added in the documentary.

In the same episode of the documentary series, Harry said that as soon as he came out of the meeting, he was told that a joint statement has been issued on behalf of him and his brother William quashing reports of a rift between them.

He said in the documentary series, “A story came out saying part of the reason Meghan and I were leaving was that William had bullied us out.”

And soon after, when he came out of the meeting with his brother and father, he was told that a joint statement has been issued in his and William’s name quashing the report.

“Once I got in the car after the meeting, I was told about a joint statement that had been put out in my name and my brother’s name, squashing the story about him bullying us out of the family. I couldn’t believe it. No one had asked me. No one had asked me permission to put out a statement like that.”

“Within four hours they were happy to lie to protect my brother and yet for three years they were never willing, to tell the truth, to protect us. There was no other option at this point. I said we need to get out of here,” added Harry.