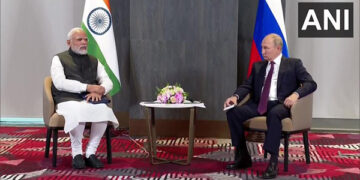 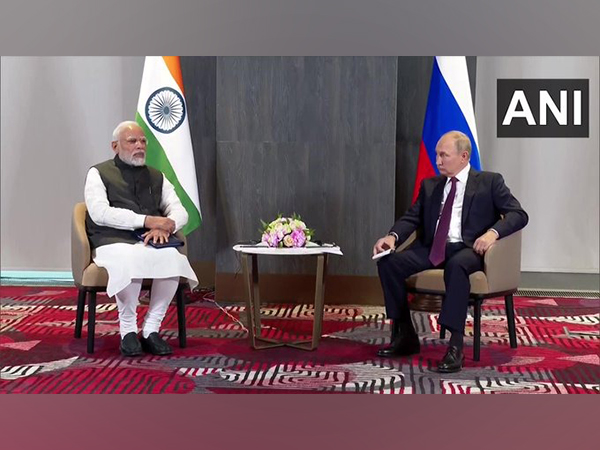 New Delhi: Prime Minister Narendra Modi on Friday spoke to Russian President Vladimir Putin over phone and reiterated his call for dialogue and diplomacy “as the only way forward” in the ongoing war between Russia and Ukraine.

“In the context of the ongoing conflict in Ukraine, Prime Minister reiterated his call for dialogue and diplomacy as the only way forward,” the Prime Minister’s office said in a statement. During the telephonic conversation, PM Modi and Russian President Putin reviewed several aspects of the bilateral ties, including energy cooperation, trade and investments, defence and security cooperation and other sectors.

The talks between the two leaders follow their September 16 face-to-face meeting in Samarkand on the sidelines of the Shanghai Cooperation Organisation (SCO) Summit.

During today’s telephonic conversation, PM Modi briefed Putin on India’s ongoing G20 Presidency and highlighted its key priorities. Modi said that he looked forward to both nations working together during India’s chairship of the SCO, the statement from the PMO said. The two leaders agreed to remain in touch with each other.

During their last meeting in Samarkand, Prime Minister Narendra Modi and Russian President Vladimir Putin appreciated the sustained momentum in bilateral relations, including contacts at various levels. In his remarks, PM Modi said, “today’s era is not of war.”

“Today’s era is not of war and I have spoken to you about it on the call. Today we will get the opportunity to talk about how we can progress on the path of peace. India, Russia have stayed together with each other for several decades,” PM Modi said.

“We spoke several times on the phone about India-Russia bilateral relations and various issues. We should find ways to address the problems of food, fuel security and fertilizers. I want to thank Russia and Ukraine for helping us to evacuate our students from Ukraine,” he added.

He added, “But the other party, the leadership of Ukraine has claimed… that they refuse to engage in the negotiation process. They said they want to achieve their objectives, as they say, on the battlefield militarily. We will keep you abreast of everything that is happening over there.”